Roger Federer addresses retirement, 'surprising' Murray world No.1 and Djokovic slump. The 17-time Grand Slam Champion did not consider ending career during recent injury lay-off.
Roger Federer has not considered retiring from tennis during his recent injury layoff despite spending six months out of the sport with a knee problem. The 17-time grand slam champion has not played competitively since defeat at Wimbledon to Milos Raonic, after being advised to withdraw from the second half of the season with a recurrence of an old fitness issue. 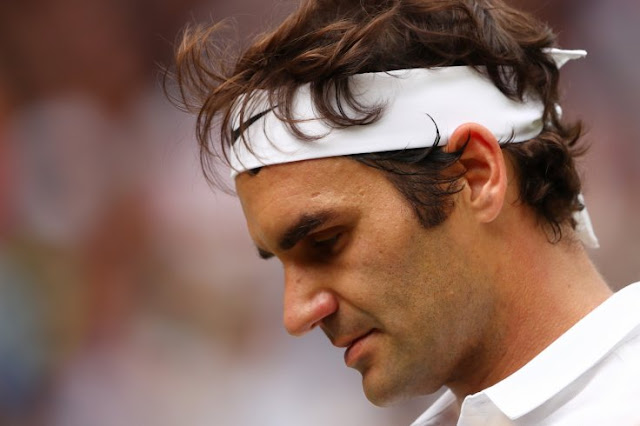 Federer had undergone surgery earlier in the year to cure a knee injury suffered while running a bath. The 35-year-old returned but following a fall in defeat to Raonic in July was instructed to rest for the remainder of the year. The Swiss player missed the Rio Olympics and the US Open as he slumped to world No.16 – his lowest ranking since 2001.
Father to two sets of twins and set to turn 36 during the 2017 season, Federer would have been forgiven for considering his future in a sport in which has scooped 88 individual titles. But the 2014 Davis Cup winner has no plans to hang up his racquet, in an ominous message to his rivals.
"Mirka is totally committed, totally happy," he told the New York Times. "The kids love it, and I'm still hungry, and now I'm even refreshed and rejuvenated. Can I still do it? As a player, can my body still do it? Can my mind still do it?"
Federer was a mere spectator as Andy Murray took advantage of Novak Djokovic's slump during the second half of the season to finish the year as world number one for the first time. Twenty-four straight victories which included five consecutive titles means the Briton will start 2017 as the player to beat, leaving Federer astounded.
"I was very surprised just because when a guy starts a season the way Novak does, achieves his dream by winning the French and his fourth Slam in a row, of course there's no way in the world that anybody, even the players, start thinking another guy could actually finish No. 1," he added.
"Novak, let's be honest, actually didn't play too bad in the second half. He won Toronto. He played finals in many other tournaments: US Open, the World Tour Finals. You would think that that's going to be enough, but what it required was something extraordinary, and Murray was able to deliver that, and that's where I take my hat off."
Djokovic's troubles followed his completion of the career grand slam as he beat Murray to win the French Open at Roland Garros. The Serbian, who has split with coach Boris Becker, admits he lacked the same motivation after his success in Paris and Federer has sympathy for his rival.
"Maybe it's only human and understandable that Novak had a letdown, because he achieved everything he wanted to," Federer said. "You have to maybe reinvent yourself or whatever you have to do. But it's nice to see that maybe it doesn't always come so easy for everybody for so long.
"And I think it actually creates a great story for next year. Andy's a great story. Novak's a great story. Rafa, obviously, is always going to be a good story. Me coming back is hopefully going to be a nice story to follow, too. I think the beginning of the year, especially the Australian summer, is going to be epic."