A record crowd was treated to some suitably dramatic action on Day 5 at the US Open.
65,286 fans passed through the gates of the USTA Billie Jean King Center on Friday - Wimbledon.com rounds up the action.
Madison Keys d. Naomi Osaka 7-5, 4-6, 7-6(3) 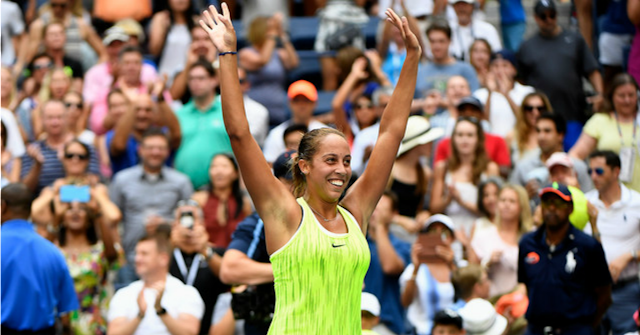 Match of the day went to these two big-hitters, who belted the cover off the ball from start to finish.
After a close first set went the way of Keys, Osaka - who hails from Osaka, Japan - showed remarkable composure and shot selection to battle back, capitalising on one loose game from the eighth seed before taking the second set.
In the third, the 18-year-old played as if she had nothing to lose, steamrolling her opponent to go 5-1 ahead. On the verge of a major upset, Osaka suddenly came back down to earth, faltering badly to allow Keys back in. After losing the first of her two breaks, Osaka then netted a simple volley while serving for the match at 5-4, 30-30. She let out a cry of despair as the ball rebounded back to her side of the court, fighting back the tears as the occasion overwhelmed her.
Keys promptly drew level, and then got the job done in the tiebreak to seal "hands down" her best ever comeback win. It was a case of mixed emotions for Arthur Ashe crowd, though. Keys was as delighted as Osaka was crushed, but the youngster will be all the better for the experience.
Verdict: Keys survives, and this could be the springboard she needs to finally make a breakthrough run. Meanwhile, this was a tough loss for Osaka, but she has a future as big as her shotmaking.
Kyle Edmund d. John Isner 6-4, 3-6, 6-2, 7-6(5)
After recording two career-best wins in five days, Kyle Edmund has advanced into the second round of a Grand Slam for the first time in his career.
Having downed Richard Gasquet in the first round, Edmund went one better here, chopping down John Isner in four hard-fought sets.
This was a match that was always going to hinge on solitary breaks of serve, and the crucial moment came at the beginning of the third set. Having built up momentum by taking the second, Isner outplayed Edmund for all but the entirety of the opening game in the third set, getting to 0-40 on the Brit's serve. Quite inexplicably, the 20th seed then failed to convert any of his break points, and Edmund broke to 15 in the next game.
From then on, Isner began to tire, with his exploits in the opening two rounds seemingly catching up with him. The fourth set was a tight, attritional affair, but Edmund came through the tiebreak to set up a fourth round meeting with Novak Djokovic.
Verdict: A coming of age week for Edmund, who will now have a real go at Djokovic in the next round. His win also means there are more British men left standing in the draw than American.
Novak Djokovic d. Mikhail Youzhny 4-2 ret.
Having received a walkover in the second round courtesy of Jiri Vesely's withdrawal, the question on everyone's lips was how the extra day off might impact the world No.1's tournament. Would it provide him with some time to recover from an elbow issue that seemed to be troubling him in the first round, or would it prevent him from building up some much needed momentum, having looked decidedly short of it against Jerzy Janowicz?
The wait for answers goes on. The Serb's day was once again cut short as a hamstring injury forced Youzhny to retire midway through the first set, meaning Djokovic is into the fourth round having played a grand total of six games in rounds two and three.
Verdict: While one extra day off might have been ideal for Djokovic, two probably isn't. His press conference lasted longer than his outing on Arthur Ashe stadium, and if he is struggling for rhythm, he's unlikely to be given it by Edmund in the next round.

Will play county cricket once COVID-19 is under control: Vihari