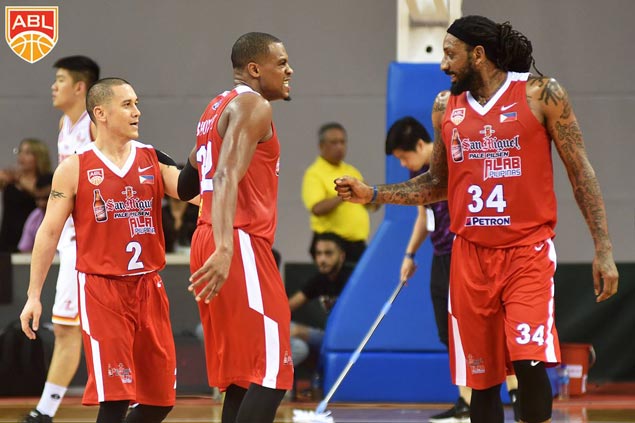 Game on Wednesday at the Southorn Stadium, Hong Kong

Alab Pilipinas is winless up against Hong Kong thus far in the 2017-2018 Asean Basketball League.

The Filipinos have come a long way since their first two meetings, however, especially as they now have super reinforcements Justin Brownlee and Renaldo Balkman in tow.

That is exactly why the Philippines is hoping for a different result with Brownlee and Balkman leading the way in Game 1 of the best-of-three semifinals series opposite defending champion and home team Eastern Basketball Team on Wednesday at the Southorn Stadium.

This year’s semifinals starts at 8:00 PM and all of the action will be on S+A, S+A HD, and livestream.

Alab fell twice to the defending champions earlier in the season, but that was when Ivan Johnson and Reggie Okoso were manning the import spots.

With Brownlee and Balkman alongside Ray Parks Jr. and a healthy Josh Urbiztondo, however, they are hoping for a better outcome this time around.

With other plans, though, are Filipino-German Christian Standhardinger, Marcus Elliott, Tyler Lamb, and company who remain the team-to-beat as long as they remain on their throne.