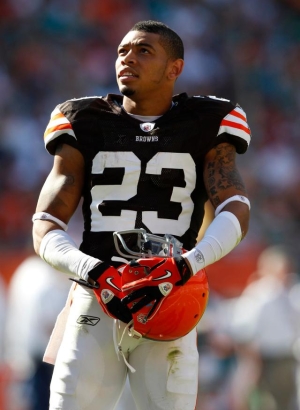 Two weeks into the 2022 NFL Season, we have another significant retirement to look at in Football, as Joe Haden, who just signed a one-day contract with the Cleveland Browns, his original team, has announced his retirement. Haden was a BCS Champion and All-SEC Selection at Florida, and the Cornerback parlayed his collegiate success to a 7th Overall Selection in the 2010 Draft by Cleveland.  Haden would win the starting Left Cornerback job during his rookie season, and he would later earn Pro Bowl accolades in 2013 and 2014, and recorded 19 Interceptions for the Browns before he signed with division rival Pittsburgh in 2017. With the Steelers, Haden played five years, netting another ten picks with a third Pro Bowl coming in 2019.  Over his 12 NFL seasons, Haden had 29 Interceptions with 615 Tackles. Haden will be eligible for the Pro Football Hall of Fame in 2027, and while he is unlikely to enter, we will be uploading his biography and option to vote soon.  He was however ranked #120 Overall in our 2022 pre-season rank of active players to consider for Canton. We here at Notinhalloffame.com would like to wish Joe Haden the best in his post-playing career.

Things to Do in Cannon Beach in the W…
King Saiman, Deejay Zebra SA & Pro-Te…
The Museum of Illusions at World of I…
Historic Investment in Partnerships f…


This post first appeared on Not In Hall Of Fame, please read the originial post: here
People also like
Things to Do in Cannon Beach in the Winter
King Saiman, Deejay Zebra SA & Pro-Tee – Trumpet Loop
The Museum of Illusions at World of Illusions Los Angeles
Historic Investment in Partnerships for Climate-Smart Commodities and Rural Projects | Hear What They’re Saying