Our Top 50 All-Time New York Yankees are now up 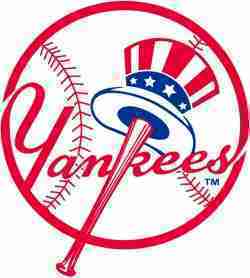 Again, did we ever say this would be fast?We here at Notinhalloffame.com have completed our next all-time top 50, this time that of the New York Yankees.As for all of our top 50 players in baseball we look at the following: Sabremetric tallies while with that team, mostly WAR. Traditional metrics and how they finished in their respective league overall. Playoff accomplishment. Their overall impact on the team and other intangibles not reflected in a stat sheet. Remember, this is ONLY based on what a player does on that particular team and not what he accomplished elsewhere and also note that we have placed an increased importance on the first two categories.Saying all of that, as.The complete list can be found here, but as always we announce our top five in our news. They are: Babe Ruth Lou Gehrig Mickey Mantle Joe DiMaggio Derek Jeter One hell of a top five wouldn’t you say?So which team is up next?We are sticking with Baseball and it will be five time World Series Champion, the Cincinnati RedsAs always, we here at Notinhalloffame.com thank you for your support.

Our Top 50 All-Time New York Yankees are now up