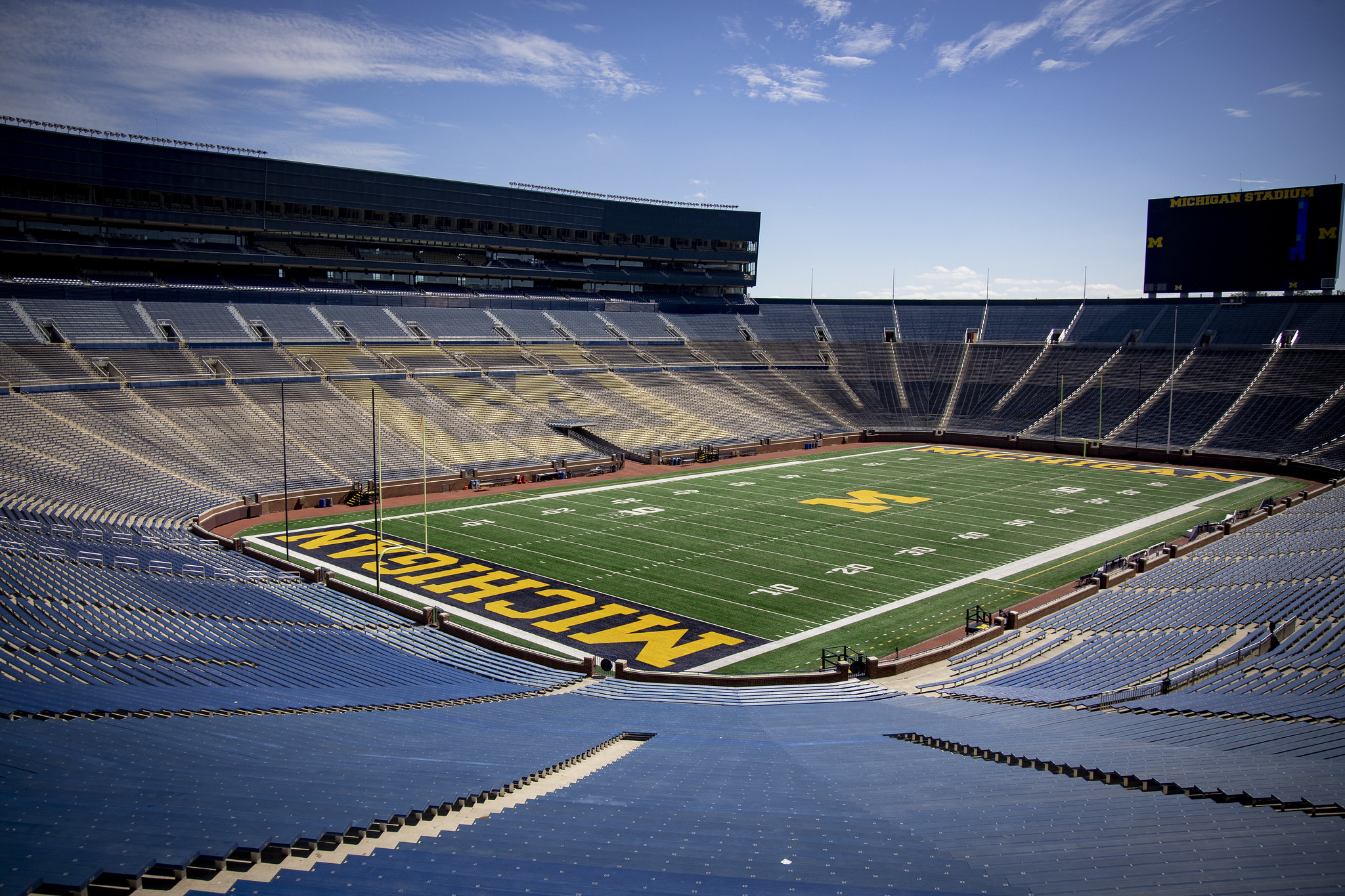 According to a report from Yahoo's Pete Thamel, as well as corroboration from The Athletic's Nicole Auerbach, the Big Ten has decided to move forward with a football season that will kick off next month.

On Wednesday morning, the waiting finally ended. Sources confirmed to Yahoo Sports that the Big Ten will return to play in the fall of 2020. The league is expected to start the season on Oct. 24, which is scheduled to allow for both a conference title game and a potential spot in the College Football Playoff.

The major shift that swayed the conference's decision on playing a fall season was the availability of rapid testing. Or that's going to be the PR pitch, at least.

What changed in less than five weeks? A confluence of medical advancements, fan blowback, political pressure and the successful start of the college football season elsewhere – especially in leagues like the ACC – all contributed to the league reversing course. Sources said that the presence of daily rapid testing, which has led to a successful start in the NFL, will be used in the Big Ten and will be a key part of the league’s messaging why it’s moving forward.

We'll have much more on this whenever there's an official announcement and accompanying schedule. There'll be time for an eight-game conference-only season and Big Ten title game with that start date if there are no weeks off—fingers crossed that this goes smoothly!—in order to get the season played before the college football playoff field is chosen.

IMMEDIATE UPDATE: IT'S OFFICIAL, THINGS ARE MOVING FAST AROUND HERE.

The Big Ten Council of Presidents and Chancellors (COP/C) adopted significant medical protocols including daily antigen testing, enhanced cardiac screening and an enhanced data-driven approach when making decisions about practice/competition. The COP/C voted unanimously to resume the football season starting the weekend of October 23-24, 2020. The decision was based on information presented by the Big Ten Return to Competition Task Force, a working group that was established by the COP/C and Commissioner Kevin Warren to ensure a collaborative and transparent process.

The Big Ten will require student-athletes, coaches, trainers and other individuals that are on the field for all practices and games to undergo daily antigen testing. Test results must be completed and recorded prior to each practice or game. Student-athletes who test positive for the coronavirus through point of contact (POC) daily testing would require a polymerase chain reaction (PCR) test to confirm the result of the POC test.

There are many more details in the full press release. Buried at the end is a promising note about the rest of the sporting slate:

Eventually all Big Ten sports will require testing protocols before they can resume competition. Updates regarding fall sports other than football, as well as winter sports that begin in the fall including men’s and women’s basketball, men’s ice hockey, men’s and women’s swimming and diving, and wrestling, will be announced shortly.

Just look at you and DT, gettin things done.

Pros: Yay, I don't have to watch the Lions for a full season!

Cons: I don't want anyone to get sick and I really was looking forward to not losing to Ohio State this year lol

Mixed emotions on this. I thought when Michigan football returned it would feel glorious. But after everything that has happened in the last month, after seeing what the games that have happened look like, knowing that we're in no better shape in this pandemic, it doesn't feel right.

IDK, man. Michigan playing football in October feels about as right as it gets.

I keep thinking about the baseball player who said we haven't earned sports. Nothing we have done makes me feel like we deserve this. If our country (or even just state) had really come together to beat this thing, maybe I'd feel different. But we've basically just given up after a half-hearted effort and we're trying to force things back to normal.

And that ignores all the other issues, like our priorities being completely out of whack. Football players get all these rapid tests, meanwhile, university employees can't get tested unless they have symptoms. Things are fucked up in so many different ways, but hey, football!

I keep thinking about the baseball player who said we haven't earned sports. Nothing we have done makes me feel like we deserve this.

I agree about mixed emotions. e.g., i'm realistic and realize that the rapid antigen testing for football is not "taking away" tests that would go toward the AA community ot UMich students/faculty--those 'extra' tests prob just wouldn't be available.

But it is sub-optimal that football will have the best testing...that aren't available for students going to in-person class, research internships, volunteer opportunities to even just surveillance.

Why is the start not until Oct 24?  That's six weeks away, while everyone else is playing right now!  I get there has to be some training camp time, but most teams have been in a semi-constant state of team practices and workouts since early August.  I very much doubt they need 6 full weeks to get ready.  I'd rather see an Oct 10 start date with a couple of weeks left open in the (fairly likely) event that a game gets postponed.

I mean, if you decide to play, then fucking play!

I have that exact same question.  It makes no sense to wait that long.  Teams are already practicing and it's not as if travel resources are so overbooked that you have to book them months ahead of time.  TV has open spots and would gladly replace the Army game of the week with Michigan vs. Penn State.  What am I missing here?

CRISPed in the DIAG

The later start could be  a compromise to the people who want to ensure good testing procedures. Also maybe logistics (travel, stadium operations, attendance/distancing).

I am only guessing.

As far as I know they don't have the rapid testing supplies all in yet, so I'm sure there's a delay on that end.

I believe it has to do with Wisconsin and Maryland. If they are requiring 21 days from a positive test, that would mean they would only have 10 days to get ready for a season opener on 10/17. And that's assuming that their last positive test would be today, which I'm not sure is the case.

I've seen it reported that the 21-day thing will be a league-wide regulation as well. Which I'm in favor of. Should be plenty of time to get over the virus, and properly test for myocarditis without allowing the team to rush someone back. Safety is the most important thing here at the end of the day.

Also, aren't there 3 schools that have suspended all football activities at this time too? If the goal is to get all schools 4 weeks of training camp, then they need to give those schools time to get a team back on the field.

Gives them time to cancel the season again, I am not very optimistic about it, this gives them more time to look at every one else playing and still be able to say no before it starts.

That's exactly what I was thinking, another stall tactic.  I'm excited, but not believing it until that first snap.