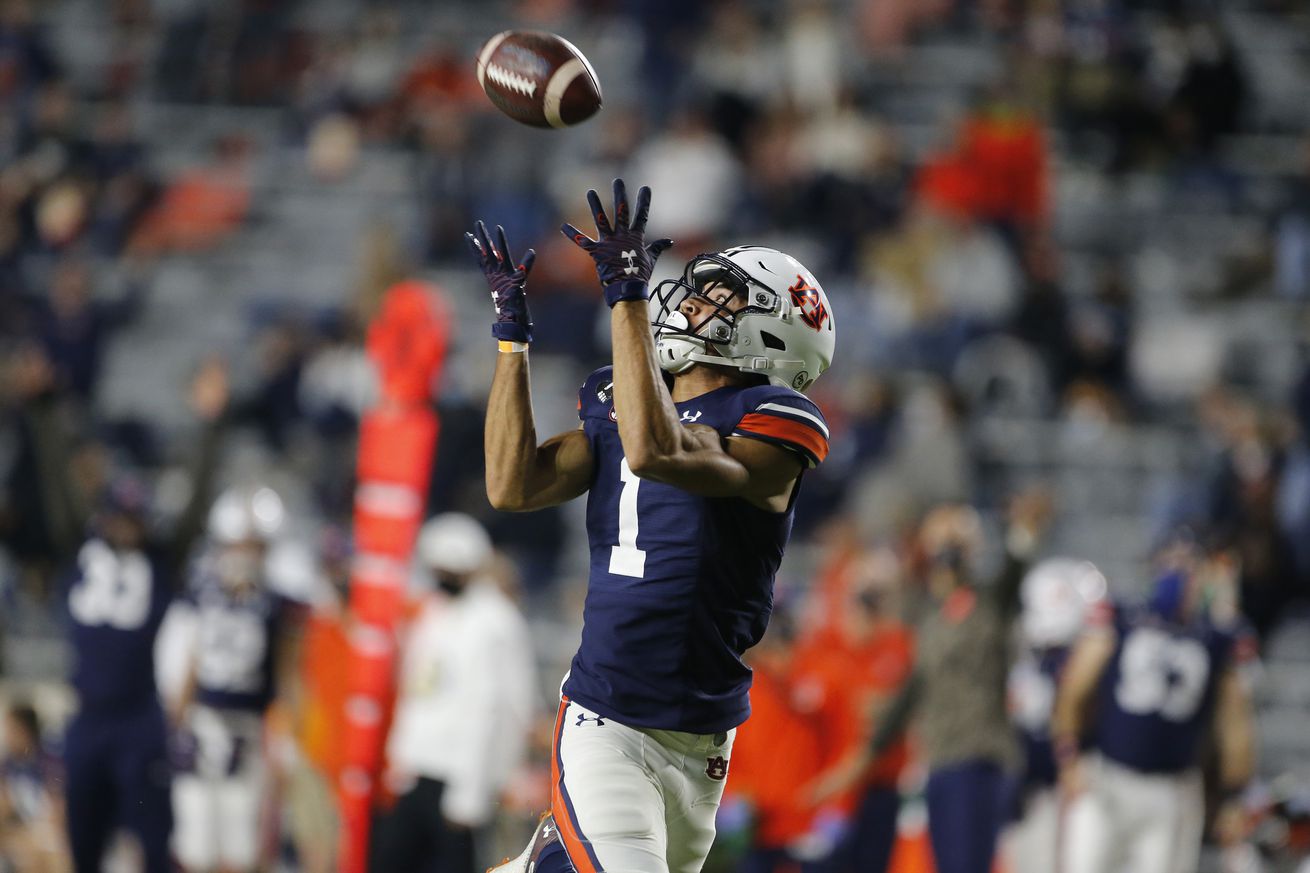 It wasn’t pretty at times, but Auburn shook off the rust and got the win.

Today, I hung out with the toddler, went to the store (all of them), took a walk, picked up dinner, cleaned up around the house, and then remembered that we had football tonight. For about 16 minutes of the game against Tennessee, I think the Auburn football team was doing much of the same thing. However, the Tigers perked up, took charge, scored a couple of big plays, and beat the Volunteers tonight by a score of 30-17 to improve to 5-2 and avenge the loss to UT two seasons ago.

8 Ways To Turn Your Home Into Cash
How to Prevent Payroll Frauds Using O…
Fields End Water caravan park
A new month, a new outlook – Parts 1 …
How To Pull Off Black and White Decor

For the first Quarter, Auburn fans around the land were wondering if Jarret Guarantano was actually Reggie Ball reincarnate, as he carved up the Auburn defense on the Vols’ first three drives. All in all, Tennessee gained 173 yards and built a 10-0 lead on their first three possessions, which ended in a missed field goal, a Guarantano touchdown run, and a made field goal by Brent Cimaglia. The Tigers alos had to deal with the loss of Tank Bigsby, who went down on his second carry, and came back in for just one more attempt before donning street clothes at halftime.

Auburn, clearly rusty after the long layoff, ended its most promising drive into Tennessee territory with an interception in the end zone as Bo Nix tried to find Anthony Schwartz. Finally, early in the second quarter, the Tigers broke through on a busted coverage and Nix hit Schwartz for a wide open 54-yard bomb to get Auburn on the board.

Bo Nix with the long ball to Anthony Schwartz for a TD pic.twitter.com/WOanl2ZteV

Auburn followed that up wth a field goal from Anders Carlson a couple minutes later, and that was the end of the scoring in the second quarter. We hit the half with the two squads tied at 10 in a true tale of two quarters. Tennessee outgained Auburn 169-74 in the first frame, while Auburn returned the favor with a 158-56 advantage in the second quarter.

After halftime, Auburn took the ball and did something that we’re unaccustomed to seeing from Gus Malzahn — a lengthy drive. The Tigers went 65 yards in 15 plays, taking up more than half of the quarter (7:35 to be exact), but only managed a Carlson field goal to take the first lead of the night at 13-10. Tennessee returned the long drive favor, but as they reached the red zone, Guarantano went to the end zone and Smoke Monday jumped in front of the ball for a 100-yard pick six.

Sweet redemption for the Auburn secondary after Roger McCreary’s recalled pick six from the opener. That gave the Tigers a 20-10 lead, but left a tired defense back out on the field. It showed, as Tennessee drove another 72 yards in nine plays, but missed a field goal to really dash the Volunteer hopes.

After three quarters, Auburn led 20-10, but the Tigers would embark upon a game-closing drive early in the fourth quarter with an 80-yard trip in 12 plays. After taking more than five minutes off the clock, D.J. Williams bounded into the end zone to effectively ice the game at 27-10. Tennessee would score a short rushing touchdown from Eric Gray with three minutes left, but Auburn snagged the onside kick and tacked on a late field goal to provide the final margin. 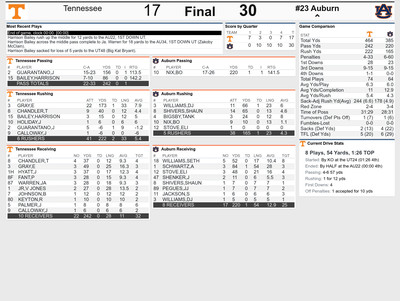 PLAYER OF THE GAME

This was a game that didn’t have many outstanding performances (unless you count Eric Gray for Tennessee and his 173 rushing yards), but there were big moments. Honestly, Bo Nix’s final three quarters were steady and good, as he went 15-19 for 189 yards and a touchdown after the opening frame. I’ll give it to him, as his touchdown pass to Anthony Schwartz was the spurt that the Tigers needed to get started, and a couple of the drives that turned into points were master classes in spreading the ball around. Plus, he was doing it without the help of Tank Bigsby, who got injured on Auburn’s first drive.

PLAY OF THE GAME

Not only was this play fun as hell to watch, but it was really a huge momentum shift. Leading 13-10, Auburn was in danger of going down if Tennessee had scored here. Instead, Smoke changed the game with this play, and did it with a little bit of flair, plus he avenged Roger McCreary’s recalled pick six against Kentucky.

With the win, Auburn improves to 5-2 overall, Tennessee drops to 2-5, and has lost five straight games by double digits for the first time in school history. Auburn will take on Alabama next week in the Iron Bowl, which doesn’t seem real to be approaching quite so suddenly now. Kickoff in Tuscaloosa is set for 2:30 pm CST next weekend on CBS.