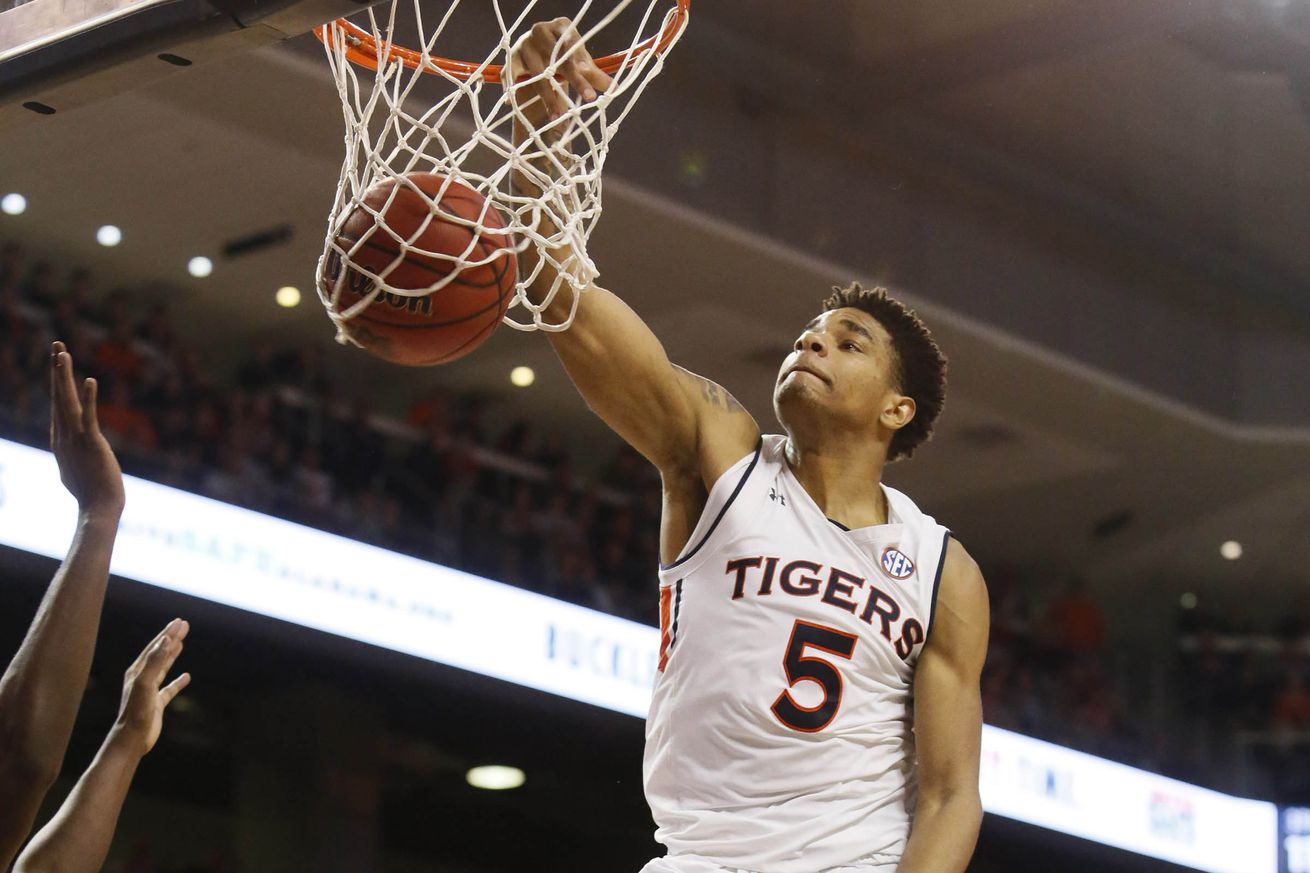 Time to run through the 2019 SEC season, first up: a win over the Dawgs.

The SEC Home Opener brought the Georgia Bulldogs to town and Tom Crean made his maiden voyage to Auburn Arena. The Tigers came in after a disappointing loss to Ole Miss in their conference opener three nights earlier in Oxford. The Jungle was ready and packed an hour before tip.

Jared Harper got us started with a bang knocking down a 3 on the first possession and Samir Doughty would do the same 2 possessions later. Harper’s 2nd 3 a couple minutes later would get Auburn out to an early 11-4 Lead.

Georgia would battle back and take the lead midway through the 1st half as both teams shot well in the game’s first 10 minutes.

This was a game where we got to see the Anfernee McLemore back to his old form from the previous season and it was awesome to watch.

McLemore energized the crowd with a blocked shot of Derek Ogbeide which led to a fast break layup from Bryce Brown to tie the game at 28 with 9 minutes left in the half. 2 possessions later, McLemore would get the score and convert a 3-point play. Then, he would tip-in a miss from Jared Harper on the next possession as the Tigers led 33-30.

Two minutes later, he would be on the receiving end of an alley oop from Jared Harper, which became a customary play in Auburn’s offense as Auburn led 37-33. McLemore wasn’t done in the 1st half though, as he had another putback, this time with a bit of flair as his dunk with 2:20 left in the half gave Auburn a 45-35 lead.

20 seconds of brilliance from our guy Anfernee McLemore!! pic.twitter.com/dnpD3HPvrv

A Bryce Brown 3 a minute later would give Auburn a 48-38 lead going into the locker room with 11 bench points from Anfernee McLemore leading the charge.

After Georgia cut the lead to 6, Auburn’s offense got going again, thanks to back to back buckets from Harper and McLemore and then a 3 from Jared Harper to give Auburn its biggest lead of the day thus far 61-48 with 15:30 to go.

Auburn would hold a 10-13 point lead as we approached the final 10 minutes of the game with Bryce Brown giving Auburn a 15 point lead with a 3 to make it 74-59 with 11:20 left. Brown would hit another 3 2 minutes later to put Auburn ahead 77-61. Then Auburn would go cold for the next 4 minutes. Fortunately, Georgia was unable to put a significant run together.

Samir Doughty knocked down a 3 to break the drought to give Auburn an 80-67 lead with 4:40 left. And then Auburn Arena turned into the home of a Slam Dunk contest:

The first submission comes from #ClassicMalik following a steal from Jared Harper:

The next one comes from Chuma Okeke which came on Auburn’s next possession:

Last one: we interrupt this Tennessee talk for CHUMA OKEKE THROW IT DOWN ONE TIME!!! pic.twitter.com/sCdw6NMeIq

You be the judge on which one was your favorite.

Jared Harper would hit one more 3 on the next time down the court and Anfernee wrapped up the scoring with a layup with a minute to go to complete a huge win over the rival Dawgs.

Jared Harper led the Tigers with 22 points and 7 assists and was 4-9 from 3. Anfernee McLemore was spectacular with 15 points and 9 rebounds. Bryce Brown also had 15 points on the day. Samir Doughty and Malik Dunbar each scored 11 with Austin Wiley adding 9 points.

Here are the highlights!