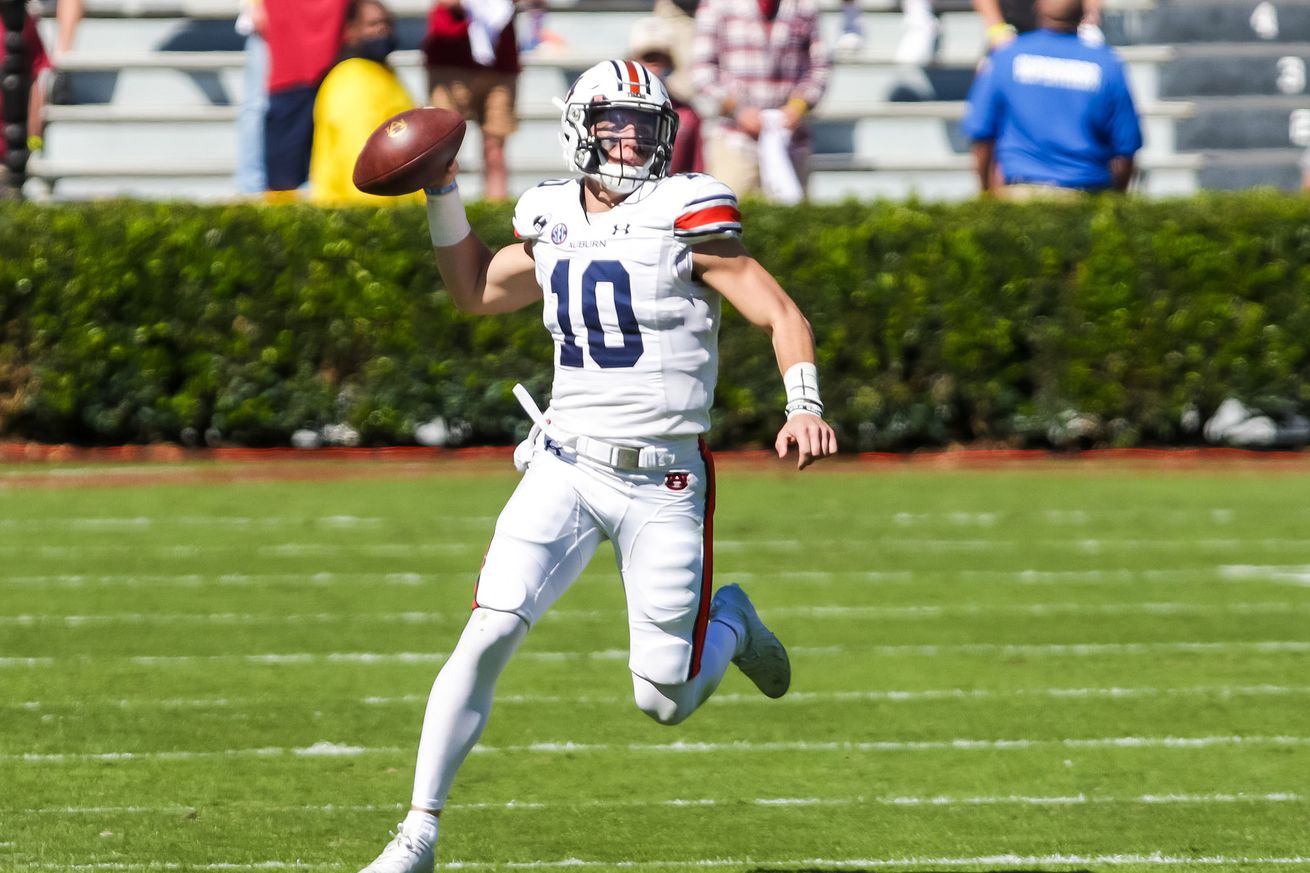 This was an absolute failure in all aspects. The Offense committed three turnovers. All three led to South Carolina touchdowns. The defense wore down as the game went on due to a lack of depth. Heck even special teams weren’t great (Christian Tutt fielded the same number of punts that I did, and the Gamecocks punted five times). 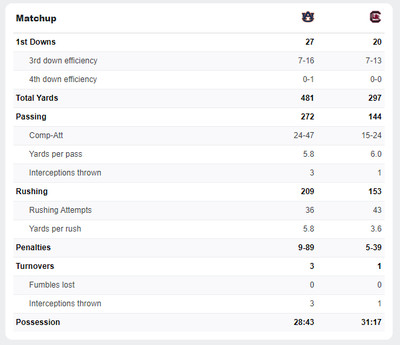 When Gus got to Auburn as offensive coordinator ahead of the 2009 season, he said he never lost if he got to 80 plays. Auburn ran 83 today. Unfortunately they also had 89 yards worth of penalties (dubious as some of them may have been) and committed 3 turnovers inside their own territory. The total offense numbers look skewed, but South Carolina started 3 touchdown drives at Auburn’s 29, 49, and 6 Yard lines. It’s tough to rack up big numbers on offense when you only have that far to go.

Meanwhile Auburn remains terrible in the red zone. Drives of 62, 54, and 70 yards ended in a total of 9 points, and I’m not even counting the final 91-yard drive at the end of the game that ended in nothing. Bo wasn’t good. The receivers dropped about 10 passes. The offensive line was okay. Tank was awesome and deserves better than this.

This isn’t totally the defense’s fault. They were put in bad positions by this offense all day, but consistent recruiting misses on the defensive line and injuries in the back 7 doomed them today. This season is a step back, and they do not have an offense that can pick up the slack.

Gus Malzahn’s time at Auburn will end soon. The only thing that can save him this season is a lack of funding due to a global pandemic that has taken away a big chunk of the athletic department’s income. If he remains head coach for 2021, it is because of his onerous contract, and COVID has been defeated enough that Jordan-Hare can be sold at full capacity. Of course, who would want to attend other than the absolute die-hards? Auburn football is currently a tale told by an idiot full of sound and fury, signifying nothing.