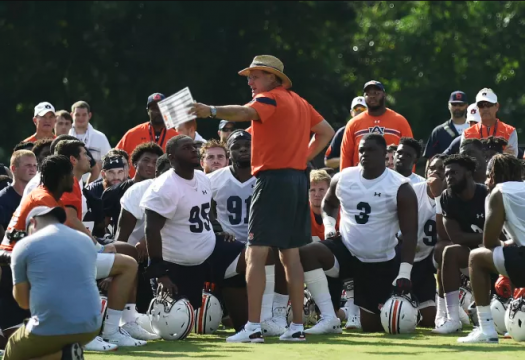 Auburn was a respectable 9-4 last year, finished 14th. Yet, the 31-24 bowl loss to Minnesota (coming on the victorious heels of an Iron Bowl for the ages) dampened what could have been a much more satisfying 2019 campaign.

The thumbnail on 2019: the defense won games that the offense sometimes couldn’t. But Bo Nix will be another year older and, after flashing the undeniable talent that made him Auburn’s first true freshman quarterback ever, should be more confident and poised under center in 2020. However, four of his five offensive linemen are gone, including the talented Prince Tega Wanogho, which means the O-line will need to retool in a hurry for Nix to take the next step everyone swears he can, all the way to the playoffs.

5dimes has Auburn at +1200 to win the SEC and +4500 to win the national championship. And let’s not forget that Nix has as good a duo of receiving targets as there is in the SEC in Seth Williams and Anthony Schwartz. If the defense remains as stout as last season and Nix improves the offense, the Tigers should roar in 2020… assuming there is a 2020 College Football season, to begin with.

Despite campus workouts in the Age of COVID remaining voluntary, there seems to be a new “Players Test Positive” story every day, plenty of them citing the latest not-so-positive news from the Plains.

Tests for three Auburn players came back positive for COVID-19 in early June. They all quarantined together in a separate dorm. Thankfully, none were asymptomatic. A few days later, news broke that 24 students had just tested positive. 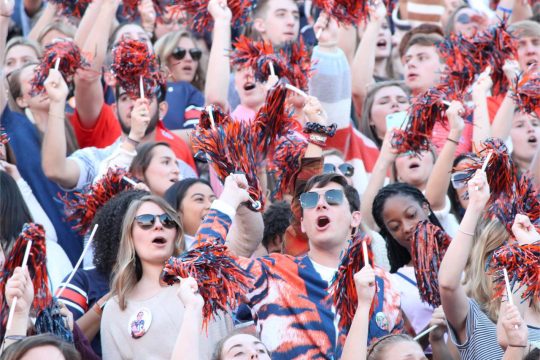 “We’re going to keep them in the same groups for an extended period of time,” Malzahn told reporters. “But Coach Russell knows our guys very well. I think after a short period of time, he’ll be able to really identify the guys that are in a little bit better shape than the others, kind of put those guys in groups whenever regulations allow us to.”

Gus and the Gang have been enforcing face masks, social distancing, all that stuff, same as most every other coaching staff in the country. Of course, plenty of other programs have had the pandemic hit close to home, to varying degrees.

On June 1st, the University of Houston had to immediately shutter its on-campus workouts after six players tested positive.

How many cases develop across the county, and to what extent, will ultimately determine whether 2020 goes off without a hitch, or even — knock on wood — goes off at all. Most D-1 programs seem to have stringent safety protocols in place, including routine testing and contact tracing. But numbers-wise — and perception-wise — late August could look a lot different from late June (which ain’t looking all that great itself at the moment). Meanwhile, national columnists are already posting stories headlined “Did college football return too soon?”

Most of the uncertainty stems from the fact that no one has articulated or even defined the collective pain threshold. Will some teams tap out if, in their estimation, the number of positive cases is too high, while others press on if they log few or no positive cases? If there’s no clear consensus, should the NCAA err on the side of caution and simply cancel the season rather than face relentless public scrutiny for putting dollars before player health?

And will programs even unite on abiding (or not) by the NCAA’s yea or nay?

At this rate, we may not know until kickoff.

from The War Eagle Reader https://www.thewareaglereader.com/2020/06/tigers-set-to-improve-in-2020/