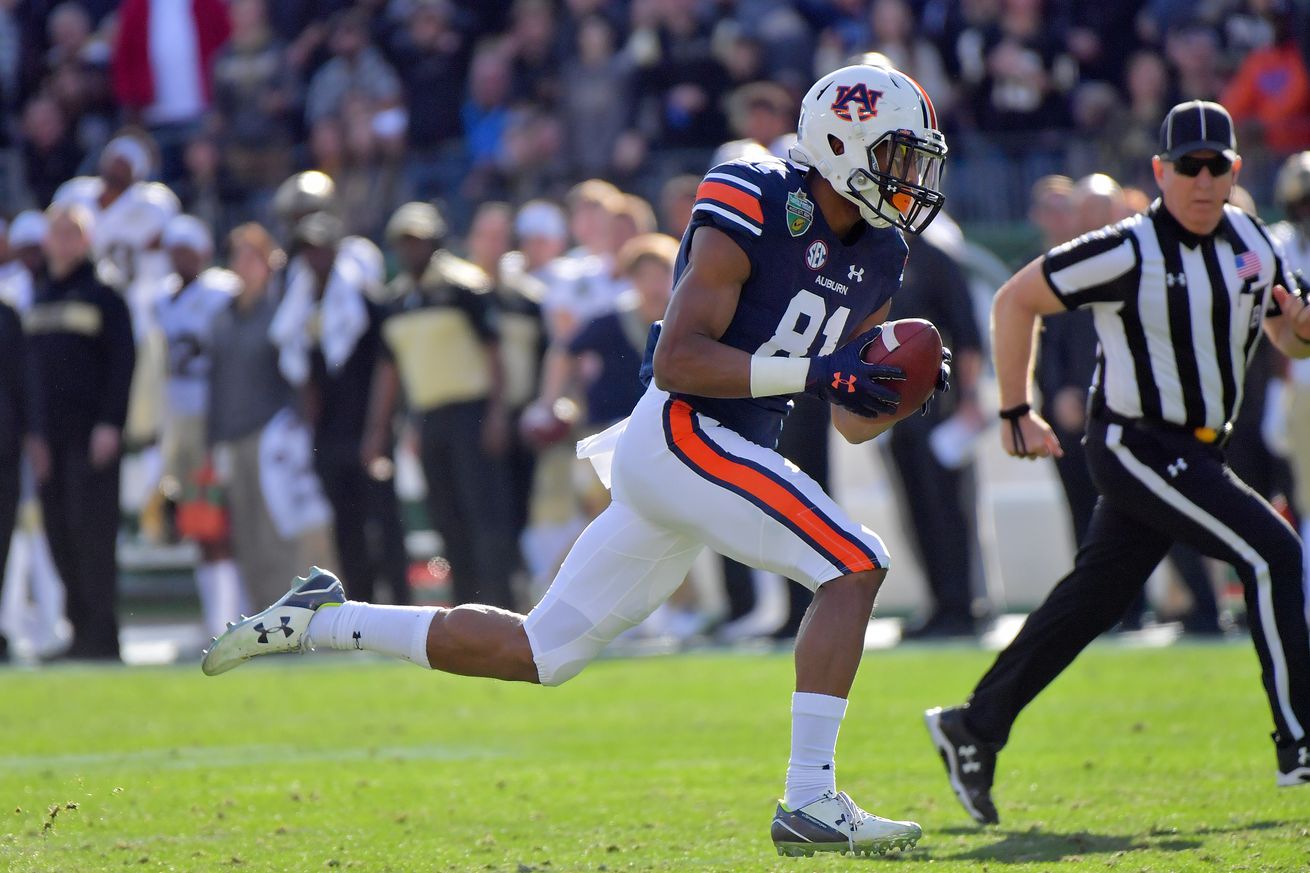 Today we continue our look at Auburn’s draft-eligible prospects with another wide receiver. This time, it’s the guy who single-handedly destroyed Purdue in the Music City Bowl as he blazed by slow Big Ten defenders with ease.

Those catches essentially highlight the skillset of Darius Slayton.

Blazing speed? You got it.

Slayton’s 2018 wasn’t as good as his 2017, and I believed that he would benefit from another year at Auburn, but he decided to test things out in the NFL Draft. In his first full year as a starter, Slayton grabbed 29 passes for 643 yards and 5 touchdowns (an incredible 22.2 yards per catch). He did see more action this past season, catching 35 passes for 670 yards and 5 touchdowns, but he wasn’t nearly as efficient. That’s partly his fault and partly the fault of the Offense, as the entire attack suffered. Still, Slayton had a case of the dropsies at times in 2018.

While that may be the case, and while Jarrett Stidham had trouble finding Slayton when he was open several times during the year, he did see a bit of a regression. However, the physical tools are all there. He can leap with the best of them, and there were only a handful of defensive backs that can hang with him down the field. Like Ryan Davis’ pro prospectus, many at the next level seem to think that Slayton was hampered by the offense he was in, as indicated by one scout on his official NFL.com profile:

“That whole thing was a disaster this year. His quarterback wasn’t good, the offensive staff was dysfunctional and they run an outdated offense anyway. I don’t put that on (Slayton).” - AFC southeastern scout

Again, we see the effect that Gus Malzahn’s offense has on his players in the eyes of the professional ranks. It didn’t seem to hurt Cam Newton.

Either way, Darius Slayton showed off at the combine with a 4.39 40-yard dash, and the lasting image in everyone’s minds aren’t the drops, but the touchdowns against Purdue. He finished his college career with a 160-yard, 3-touchdown day in the bowl game, and we’ll see how he’s able to cash in on that.

Right now, he’s projected to be a late-rounder, so we’ll see if somebody grabs onto the kind of player that can take the top off of a defense at any level.

from College and Magnolia - All Posts https://www.collegeandmagnolia.com/2019/4/23/18513163/darius-slayton-draft-profile