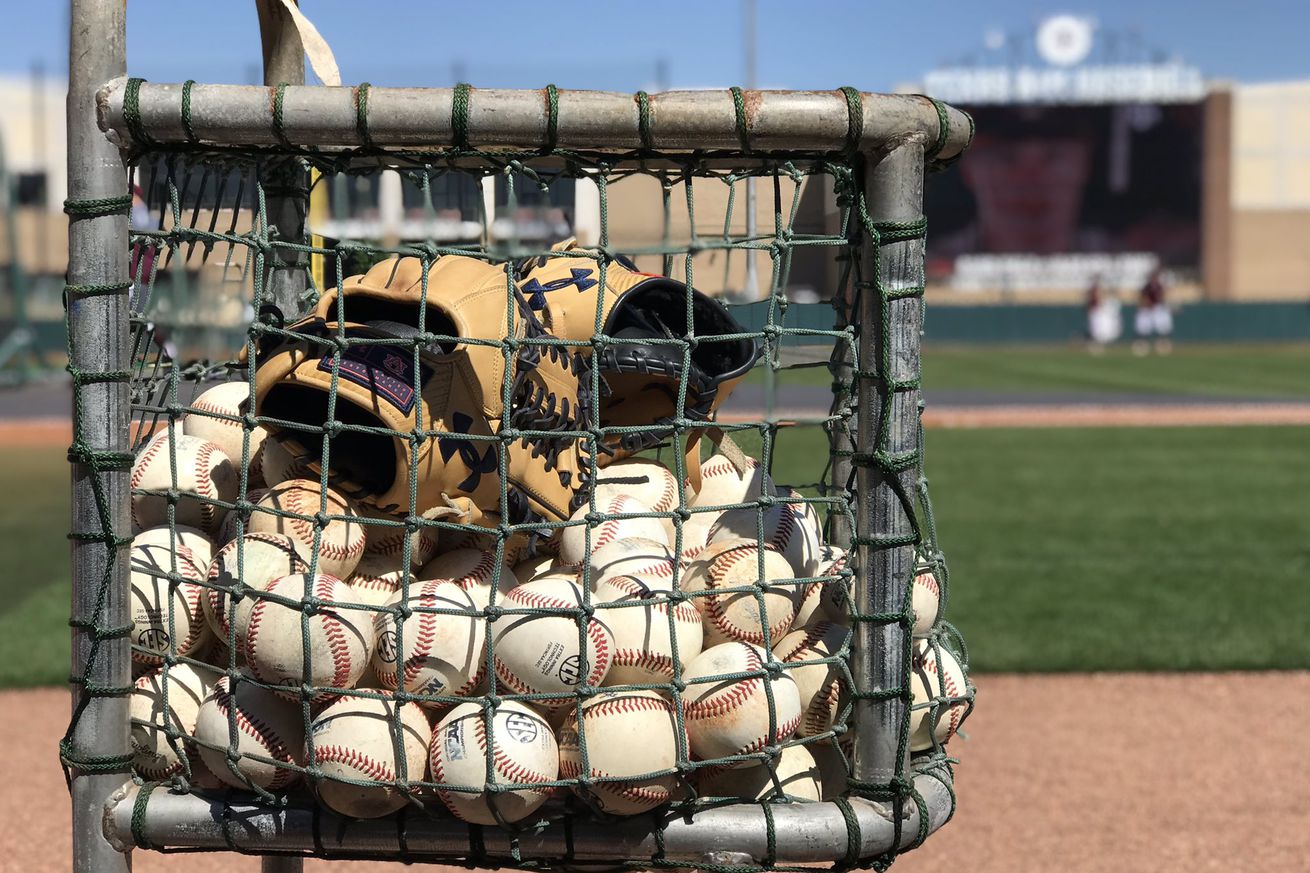 The Auburn pitching staff should be commended for this Weekend. The staff as a whole made two mistake pitches all weekend, a 2-run shot from Tanner Burns in the 4th inning of Game 1 and Elliott Anderson a 3 run shot in the 4th inning of Game 3. Both were deciders in the game but they didn’t have to be. In those games, the Auburn offense was able to get 7 and 6 hits respectively but would combine to leave 14 runners on in those 2 games while only scratching for 1 run. That’s the story of this weekend in a nutshell. The Auburn pitching staff was getting outs and keeping the Tigers in the game but could not string together base hits to draw any closer. Saturday, on the other hand, may have been the most complete game Auburn has played in the conference this year if not all season. Brooks Fuller was fantastic as was Ryan Watson, who again is starting to come of age. The Bull Cody Greenhill came in for the 7 out save while the offense was able to touch up Asa Lacy and give the young Aggie arm his first loss of the season.

We'll play for the series in T-minus 90 minutes.

But first, check out the highlights from yesterday's win that got us here. ️#WarEagle | #Attack pic.twitter.com/ppcB4q9gX5

While the dropped series hurts and Auburn more than likely finds itself outside the top 25 in most if not all the human polls, all is definitely not lost. At the half way mark of the SEC season, Auburn finds itself 1 game over .500 in the conference and just 2 games out of 1st place. With starting pitchers that are hopefully returning from injury soon, if the bats can get out of this funk they are in, this can still be a special team that can make a run. It’s just breaking out of this funk that will be the test for Coach Thompson and his staff.

Pitching Performance of the Weekend

This week goes to Brooks Fuller again, with an honorable mention of Elliott Anderson. First, let’s look at Fuller’s Saturday. The Freshman lefty went 6 innings of 4 hit, 4 strikeout with 3 walk baseball. On 93 pitches, Brooks was able to keep the Aggie bats off balance in a dominating start to improve to 2-1.

Make that 5.0 scoreless frames for @Brooks14Fuller.

On Sunday, Richard Fitts was great for 3 innings but ran into trouble in the 4th and Elliott Anderson was called on and made a mistake pitch for a 3 run bomb. The next 71 pitches that Anderson threw were on point as he would give up just one more hit while walking one and striking out five in the 4.2 innings he worked. He was able to keep Auburn in the game and close to give the offense time to figure things out.

Batting Performance of the Weekend

Matt Scheffler has been the consistent in the Auburn lineup this year. He has been fantastic behind the plate, starting all but 5 games Auburn has played this year and playing in all but 3. At the plate though, he has been an oasis all season. As we stand right now, Scheffler is 3rd on the team with a .288 average, trailing only Conor Davis and Kason Howell, just .007 points above him. On the weekend, Scheffler went 4 for 11 with a run scored. Not bad for a catcher that Auburn wasn’t sure would have enough pop in his bat to stay in the lineup before the season.

Auburn will head to Atlanta for the return visit to old rival Georgia Tech Tuesday evening before heading back to Auburn for a Thursday-Saturday series against the Ole Miss Rebels. Tech has done nothing but just be hot in their past 10 games, going 7-3 with the win over Auburn and 2 series wins over North Carolina and Boston College up in Chestnutt Hill. To say Auburn needs this one is an understatement for the sheer confidence factor. Since Jack Owen’s first missed start (March 23rd @ Miss St) Auburn has gone a meager 4 and 10. That trend must change going forward and will be a tall task with Ole Miss, Vandy, Georgia and LSU still to go on the weekend along with an always tough series against Alabama. The race to the finish line begins Tuesday.