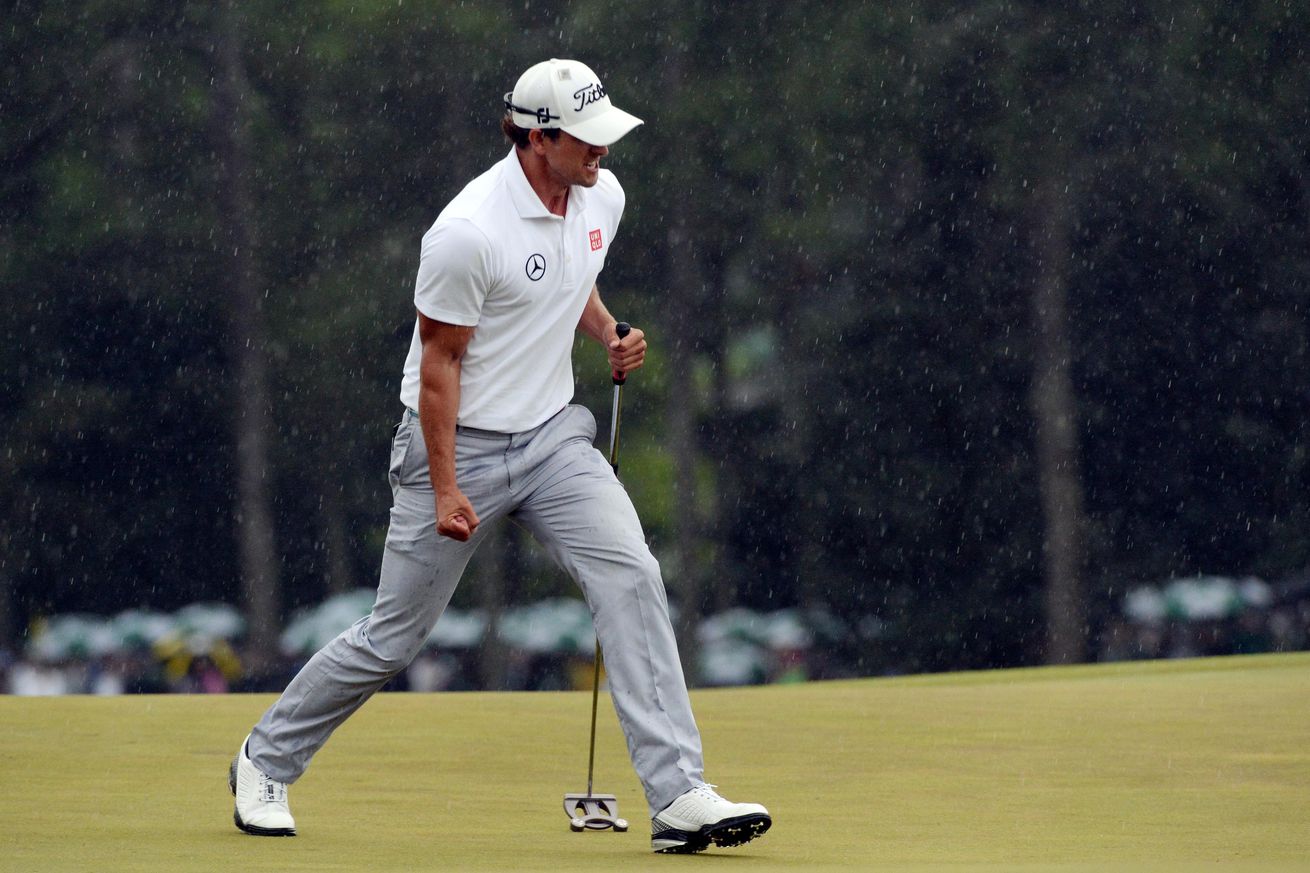 The second-straight Masters playoff ended with a first in Augusta National history: an Australian Masters champion.

Adam Scott sank a 14-foot birdie Putt on the second Playoff Hole to win the 2013 Masters, becoming the first Australian to win the green jacket.

Scott had to hit the putt to avoid a third playoff hole. Angel Cabrera, who finished in second, missed his birdie putt just before Scott's by a few inches.

Scott birdied No. 18 with a 25-foot putt that rolled in -- it lipped almost 180 degrees around the cup -- to send him to 9-under in the second-to-last group of the day, one shot ahead of Cabrera. But the 2009 Masters champion answered with his second shot from the fairway, sticking it to within five feet for a relatively easy and assuredly confident putt for birdie to tie it back up at 9-under through 72 holes.

Scott and Cabrera played the first playoff hole nearly identical. Both laced drivers down the middle of the fairway. On their approach, both hit the front of the green and watched their shots roll off to within just a few feet of each other on the same line, Cabrera just behind Scott. Cabrera's chip raced just past the right of the cup and settled two feet away. Scott left his chip about three feet short. He read his putt quickly and drilled the center of the cup. Cabrera did the same to send it to a second playoff hole.

At No. 10, both made the green in regulation. Cabrera putted first, from the front of the green back. His right-to-left putt from about 18 feet went behind the cup and settled in just off the lip. Scott's winning putt came from the right side of the green, a straight shot that Scott sent in with perfect speed.

Jason Day finished in third by himself at 7-under. Tiger Woods and Marc Leishman finished tied for fourth at 5-under.

• How low does Tiger have to go on Sunday?

• Sunday at the Masters

• The best Tiger GIF ever