By Our Chemistry Correspondent, Alexander-Stephen Fleming.

SHEIKH ZAYED Cricket STADIUM, ABU DHABI – After four years of trial and error, courageous scientists from the United Arab Emirates finally cracked one of science’s great mysteries yesterday, as they successfully refined the sport of cricket to a single delivery per innings.

Signs Of Carpenter Ants In Your Home
Capture Attention and Drive Traffic w…
Top 10 Sites to watch Telugu Movies O…
Average Penis Size: Smaller Than You …
Learning The 3 Parts of My Change Tri…

“We have split the bat-om!” enthused a delighted Professor Howard Zat, dressed in a traditional garish yellow green-striped lab coat. “This discovery changes everything we thought we knew about cricket. No longer must spectators struggle through hour-long matches at the Abu Dhabi T10, battling with their attention spans and the call of social media. Now, thanks to the wonders of science, the gentleman’s game can truly modernise and take its rightful place alongside TikTok and Snapchat. Bring out the cheerleaders!”

The Holy Grail of cricketing alchemy was reportedly discovered by a process of nuballclear fission, in which the combination of some white spirit of cricket and the melted down Oye Hoye trophy set off a chemical reaction inside a localised subcontinental dust bowl, forming one diaphanous element of Maximumium.

“We’ll call it the Single Ball Shootout,” said greedy marketer Don Brandmanager, licking his chops avariciously. “The name is more important than the actual cricket anyway. Who cares about technique when there’s the prospect of ad revenue? We can pack the stadium with thousands of keen Arab cricket fans; or, if they don’t exist – which they don’t – we can turn the whole thing into a money laundering exercise. Win, win!” 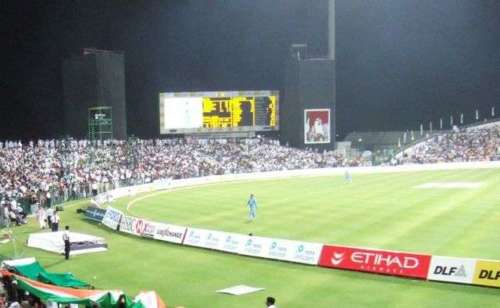 The crack team of experts furthered the work of ground-breaking engineers who previously condensed cricket from its roots in timeless test matches (which only ended when the hot air balloon carrying the team home unmoored) to the latter day T20 cup – bringing with it innovations galore: everything from Jeremy Snape’s moon ball to endless plugs for fast cars in commentary.

“It will be a fun day out for all the family – not a very long day, mind you, but better than nothing,” continued Brandmanager, whilst arranging potential sponsorship deals with Pizza Hut and Kit Kat. “Finding seats and wrangling the kids will take up more time than the game itself, but just getting the children out of the house for twenty minutes might be enough for parents right now.”

“We are targeting those fans who hate cricket and everything it stands for. It’s a largely untapped market for us,” confirmed ICC chief executive Rich Uncle Pennybags. “If we reduce the game to two balls total in the day, we think it will be palatable to anyone. Punters may forget they are even attending a cricket match at all, which would be the perfect outcome. Less and less is more, after all.

“This is cricket at its most glorious – shorn of encumbrances and most of the sport, and full of tawdry gimmicks instead. We’ll make billions! Now, who has Chris Gayle’s number?”

The scientific research group also concluded that the waste product left over from the experiment – extraneous matter like Ravi Bopara and Kevon Cooper who would end up neither batting nor bowling in the 2-ball smashathon – could be repurposed and their energy used to power the floodlights.

“Abu Dhabi Doooooo not do this,” jabbered Fred ‘Andrew’ Flintstone, sliding down a dinosaur’s neck, as he finished another day’s work building empty stadiums off the back of slave labour. “All this Bam-Bam cricket will only end in a pile of Rubble. Wilmark my words!”

At press time, globetrotting mercenary Tom Moody had prospectively signed up to coach all the franchises, while Daaaaaaaaaaaaaaanny Morrison and Ian ummm, can’t quite remember the name…oh, yeah, Bishop were in situ ahead of the opening match between the Timbuktu Timewasters and the Kathmandu Klutzes – captained by has-beens Grant Elliott and, of course, Shahid ‘Bust-Bust’ Afridi, respectively.

The IPL begins in April.