After Dom Sibley and Zak Crawley failed again in the first innings of the second Test, Rob Thirlwell argues that it’s time to talk seriously about recalling Keaton Jennings. Does he have a point?

England got off to a great start in the first test of their tour of Sri Lanka. Joe Root’s imperious double hundred placed England in a commanding position and an admirable bowling performance from spinners Dom Bess and Jack Leach placed the result beyond doubt. Or did it? In their pursuit of only 74 for victory, England lost 3 early wickets. The unfortunate run out of Root can be written off as bad luck, however the dismissals of openers Sibley and Crawley pose some more worrying questions.

Over the course of the test the England openers amassed a combined 23 runs. And they failed in the first innings of the second Test too. Both Sibley and Crawley have lacked the crisp foot movement and clarity of thought demonstrated by Root. Sibley, in particular seems to lack a plan against spin. He either prods forward or feels tentatively for the ball. His dismissal in the second innings at Galle came courtesy of Embuldeniya’s arm ball, which England’s opener watched cannon into his off-stump after offering no shot.

Sibley’s inability to pick it seemed surprising. It may have been a lapse of concentration. However, Sibley’s difficulties against spin have not just emerged on this tour. During the West Indies series last summer he failed to deal with Roston Chase’s offies. He seemed content to absorb dot balls. When England were looking to score quickly in the final test at Old Trafford Sibley often attempted to hit Chase straight back over his head. This rarely went to plan as he produced some comical ‘plinks’ that often landed just short of fielders. Chase is a very able spinner, but nothing that should give England batsmen nightmares, especially in English conditions which are so rarely conducive to spin bowling.

Although Crawley had a far more profitable English summer than Sibley, he still looked out of sorts against the spinning ball in Galle. A lack of conviction as he attempted to hit Embuldeniya over mid-off led to his demise in the first innings. This was followed by a tentative push to slip in the second dig. Both openers seemed to lack a clear plan. This was a stark contrast to Jonny Bairstow and Root who employed various forms of the sweep on their way to some handsome scores.

In many ways it seems harsh to be so critical of the youthful opening pair so early on in the winter, yet their technical deficiencies were highlighted by the class of those who followed them, including debutant Dan Lawrence who confidently used his feet to manoeuvre the ball and field from the word go.

Crawley’s and Sibley’s difficulties against spin most likely stem from the lack of exposure to high quality spinners in the County Championship. It’s interesting that Sibley averages above 60 in domestic cricket against spinners. The density of Championship games in April and May often reduce the chances of spinners being selected. Furthermore, the importance of white ball cricket at the moment has led to the production of spinners who are more concerned with bowling faster with a flatter trajectory. Spinners who rely solely on flight and guile are certainly a rarity in the English game. 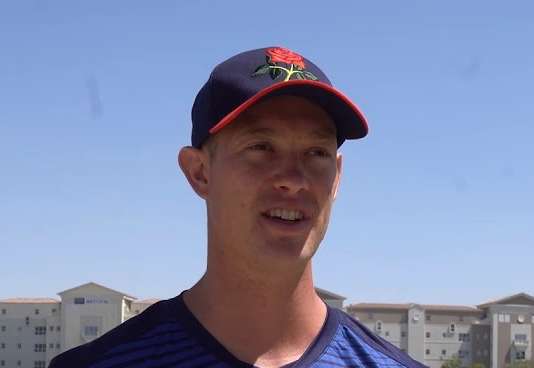 Many England fans will question the exclusion of Keaton Jennings from the squad. Jennings can certainly count himself as unlucky. He was included in the original squad that travelled to Sri Lanka last March. Although he did not have an outstanding summer it seems that England are looking to the future with the inclusion Lawrence.

Jennings’ record in Asia is beyond doubt. He notched a hundred in India in 2016 and he was pivotal to England’s most recent success in Sri Lanka in 2018. Sides that tour the sub-continent always select bowlers based on the conditions. In years gone by England would always include the likes of Monty Panesar and Samit Patel to bolster their attack and on this tour England have a variety of young spinners in the party, such as Amir Virdi, Matt Parkinson and Mason Crane.

The difference between seam and spin bowlers is evidently clearer than between batsmen who can play spin with ease and those who struggle against it. However, surely a batsmen’s competence against spin should be taken into greater consideration when touring in Asia. At the international level batsmen are expected to play all types of bowling, yet it is only natural that some will thrive in certain conditions.

Jennings is clear proof of this. His difficulties against the swinging ball have certainly hindered his chances of regular selection. Unlike with bowlers, the rotation of batsmen is rarely employed by selectors. Changes will only occur if players experience a dip in form or an injury. Would there be anything so wrong with utilising Jennings as a specialist for the sub-continent? His record is beyond doubt and his selection of shots against spin is far more extensive than either Sibley or Crawley.

Things will only get harder for the English batsmen in the upcoming tour of India. The prospect of facing Ashwin and Jadeja will daunt many English players. If Sibley and Crawley were to continue to struggle in these foreign conditions, it may do lasting damage to their confidence that would be carried into next winter’s Ashes series. Crawley and Sibley carry no baggage of previous defeats in Australia and their ability to accumulate runs will stand England in good stead down under. Could a barren winter in the sub-continent damage England’s hopes of Ashes glory?

Jennings must often question whether a return to test cricket will ever materialise. Runs in the sub-continent have been few and far between for English test openers in recent years. He has proved himself in these conditions time and again, so perhaps he is the key to a series victory in India? After all, the importance of a good start at the top of the order cannot be overstated.

The post It’s Time To Talk About Keaton Jennings (again) appeared first on The Full Toss.

Day Five of My Stay-cation, So Why Can’t I Sleep?