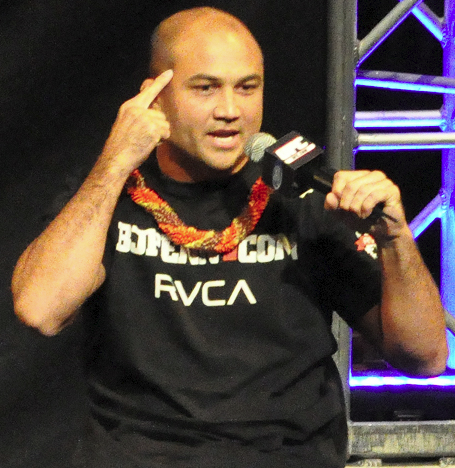 5 ROUND FEATHERWEIGHT CLASH BETWEEN
BJ Penn AND RICARDO LAMAS TO HEADLINE
UFC Fight NIGHT® MANILA
Manila, Philippines — UFC®, the world’s premier MMA organization, has announced its main event for UFC FIGHT NIGHT® Manila. This year’s card will be headlined by a five-round featherweight bout between returning legendary two division champion BJ “The Prodigy” Penn (16-10-2, fighting out of Hilo, Hawaii, USA) and No.4 ranked Ricardo “The Bully” Lamas (16-5-0, Fighting out of Chicago, Illinois, USA). Filipinos can expect fireworks in what is primed to be an explosive night of fights headlined by two of the world’s best featherweights.

Tether’s Response to Baseless Complai…
6 Health-Boosting Superfoods You Shou…
Why is it so much harder when you hav…
River in the autumn forest sound
Idle Heroes Tier List – September 201…
BJ Penn is a name within MMA and the UFC that needs little introduction. A living legend within the sport, he is one of only two multi-division champions ever in UFC and the longest reigning lightweight division champion of all time, Penn is credited with helping to establish the lighter weight division of the UFC. His name when spoken by fans, fighters and MMA journalist alike is usually followed by the phrase “one of the greatest ever…”
Looking to build a legend of his own is #4 ranked featherweight Ricardo Lamas. An All-American collegiate wrestler with impeccable credentials, “The Bully” is  a veteran of the division with signature finishes over Cub Swanson and Dennis Bermudez.  Lamas is looking for a high profile win to put him back on track for a title shot.
UFC FIGHT NIGHT® Manila: LAMAS vs PENN will be held live on October 15 at the Mall of Asia Arena, marking the second live UFC event in the Philippines after the organizations successful sold out debut last year.
Tickets for UFC FIGHT NIGHT® Manila: LAMAS vs PENN can be purchased at all SM Tickets outlets or through www.smtickets.com. Official ticket prices have yet to be announced, but fight fans are encouraged to register on www.ufc.com/manila to gain special pre-sale access and up-to-date information on UFC Fight Night® Manila.
UFC FIGHT NIGHT® Manila: LAMAS vs PENN is sponsored by; Monster Energy, Harley-Davidson Asia Pacific, Hudson Shipping Lines, Phoenix Petroleum, Reebok Philippines, Lazada Philippines, Police Watches and Smart Bro.
UFC FIGHT NIGHT® Manila: LAMAS vs PENN will also be shown live on Hyper (ch. 53) and Hyper HD (ch. 130) on Cignal TV, the exclusive home of the UFC in the Philippines. Check your local listing for the official schedule.
Please continue to check UFC.com for more information or current fight news. All bouts live and subject to change. Other bouts will be confirmed as they become available.
Visit the UFC® Press Portal for information and content to support your UFC coverage.