LOOKING BACK AT THE BIGGEST MMA EVENT IN THE PHILIPPINES – UFC FIGHT NIGHT®: MANILA 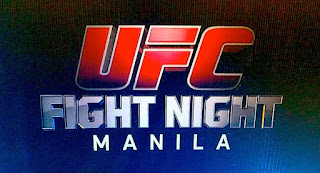 LOOKING BACK AT THE BIGGEST MMA EVENT IN THE PHILIPPINES –
UFC Fight NIGHT®: MANILA
It’s been exactly 14 months since the UFC, the world’s premier mixed martial arts (MMA) organization, held its first-ever event in the Philippines. To this day, there hasn’t been a bigger MMA event that has come close to the historic night of May 16, 2015.

Cat Coronavirus Diary – Day 5
Good health and fitness is worth figh…
7 reasons I’m tired of being tired
Can CBD Be Used to Fight Coronavirus …
Exhibit D: Lipstick and rifles--Ukra…
By the numbers, UFC FIGHT NIGHT®: MANILA was a total success, recording a total crowd of 13,446 fans that witnessed 12 action-packed fights, five of which ended in an exciting finish of either by knockout or submission. UFC FIGHT NIGHT®: MANILA also featured two homegrown talents and even more international fighters who proudly displayed their Filipino lineage all throughout the night.
In honor of this historic night of fights, we take a look back at some of the highlights that made UFC FIGHT NIGHT®: MANILA the biggest live MMA event in the Philippines.

It was a truly unforgettable night for MMA fans in the Philippines, one that cannot be easily replaced. It was a moment for the history books and one we can always look back on proudly as we wait and hope for the UFC to return to our shores once again.
Was your favorite highlight not on this list? Share with us what made UFC FIGHT NIGHT®: MANILA a historic night for you.

LOOKING BACK AT THE BIGGEST MMA EVENT IN THE PHILIPPINES – UFC FIGHT NIGHT®: MANILA