ONE Championship’s Outstanding Martial Artists of 2017

While all ONE Championship athletes go out and give their all inside the cage, there is just a handful who have shown the true championship quality over the past twelve months.
These competitors have gone above and beyond their personal limits, delighting fans with spectacular performances.

Blackjack Variant Round-Up
Coron, Philippines: The Perfect Islan…
Exclusive Interview With Ankit ‘V3nom…
Ski Holidays in Switzerland: How to P…
How to Tell if a Hospital’s Culture i…
Moreover, these martial artists have captured the imaginations of fans in their home countries and fans from all over
the world.
Here are the top five martial artists who left an indelible mark on the ONE Championship stage this 2017. 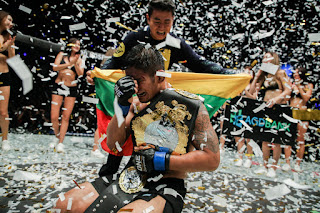 Aung La N Sang is Myanmar’s most successful athlete in history, whose constricting style has earned him the moniker of ”The Burmese Python” as he owns 12 victories by way of submission.
After starting his 2017 on a sour note by losing the first world title bout of his career on 14 January at ONE: QUEST FOR POWER in Jakarta, Indonesia, Aung La N Sang redeemed himself by stunning former undefeated champion Vitaly Bigdash of Russia in a highly-anticipated rematch to be crowned the new ONE Middleweight World Champion at ONE: LIGHT OF A NATION in Yangon, Myanmar on 30 June.
Aung La N Sang was focused from the second he stepped into the Thuwunna Indoor Stadium, and once the bell rang, he was unstoppable.
The 32-year-old hometown hero rocked the champion minutes into the contest and nearly secured a first-round stoppage victory.
Despite being grounded by the Russian in the following stanzas, Aung La N Sang clearly did more damage in striking exchanges throughout the course of the bout.
As a result, Aung La N Sang earned a unanimous decision nod and claimed the ONE Middleweight World Championship.
Aung La N Sang concluded his 2017 by taking part of ONE Championship’s openweight super-bout against highly-decorated heavyweight kickboxer Alain “The Panther” Ngalani, which headlined ONE: HERO’S DREAM in Yangon, Myanmar on 3 November.
Aung La N Sang weathered an early storm from his Cameroonian heavyweight opponent, working in guard to defend himself from Ngalani’s top game.
Recognizing an opening for a standing guillotine choke, Aung La N Sang wrapped his arm around Ngalani’s neck and pulled guard to finish his opponent by submission in the first round. 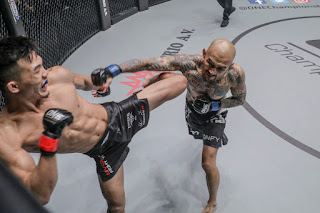 Christian “The Warrior” Lee, the younger brother of reigning ONE Women’s Atomweight World Champion “Unstoppable” Angela Lee, began his professional career on an absolute tear, railing off five straight victories by thrilling finish.
Lee has impressed fans with his ability to seek out stoppage wins over top-caliber opponents in 2017.
After steamrolling Chinese stalwart Wan Jan Ping at ONE: KINGS OF DESTINY in Manila, Philippines on 21 April, Lee  toppled fellow top featherweight Keanu Subba of Malaysia in his most recent bout, winning by third-round submission in a competitive contest at ONE: QUEST FOR GREATNESS in Kuala Lumpur, Malaysia on 18 August.
The 19-year-old Singaporean martial arts sensation took another step in fulfilling all of those on 9 December as he delivered a masterful performance against former ONE Lightweight World Champion Kotetsu “No Face” Boku at ONE: WARRIORS OF THE WORLD in Bangkok, Thailand.
In perhaps his most impressive performance to date, Lee brought his best against a dangerous opponent in Boku as he employed the perfect strategy and completed a rapturous knockout triumph that undoubtedly signals his readiness to challenge the upper tier of talent in the promotion’s most stacked division.
Bringing the action right to Boku, Lee blasted the Japanese veteran with powerful strikes, takedowns and submission attempts.
Just past the three-minute mark, Lee quickly took Boku’s back and executed a textbook trip takedown with such incredible power that it knocked Japanese veteran out.
The impressive win over Boku was Lee’s seventh first-round stoppage victory and tied the promotional record for most finishes at eight. 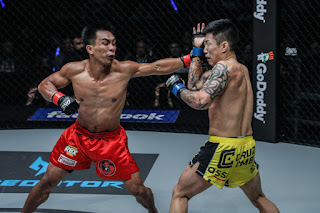 Representing the famed Team Lakay in Baguio City, Philippines, Kevin “The Silencer” Belingon is one of the country’smost talented martial artists with a professional record of 16-5.
Belingon is known as a fierce competitor with the ability to finish opponents in a variety of methods as the 29-yearold Wushu practitioner owns seven huge knockouts on his resume and is considered as one of the most feared strikers in ONE Championship’s deep bantamweight division.
Since losing to reigning ONE Bantamweight World Champion Bibiano “The Flash” Fernandes in January 2016, Belingon has barged through his top rivals with a slew of fearsome striking performances and showcased his incredible punching power.
It began  with a thorough defeat of Tajikistan’s highly-touted Muin Gafurov in October 2016, followed by a complete first-round annihilation of Finnish submission wizard Toni “Dynamite” Tauru at ONE KINGS OF DESTINY in Manila, Philippines on 21 April.
Those two consecutive wins earned Belingon a showdown with top bantamweight contender Reece “Lightning” McLaren at ONE: QUEST FOR GREATNESS in Kuala Lumpur, Malaysia on 18 August.
Belingon needed just 62 seconds to end matters abruptly as he began the bout-ending sequence by dropping McLaren with a well-placed overhand right.
As the Aussie crashed to the canvas, Belingon followed with a relentless volley of punches to finish the contest.
At ONE: LEGENDS OF THE WORLD in Manila, Philippines on 10 November, Belingon scored his fourth straight victory by defeating Korean-American contender Kevin “Old Boy” Chung via unanimous decision.
With his recent excellence inside the ONE Championship cage, Belingon is validating his case for a title rematch against Fernandes in 2018. 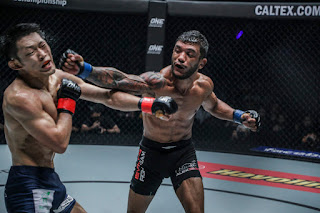 Alex “Little Rock” Silva just wrapped up a banner year in ONE Championship as the 35-year-old Brazilian submission wizard brilliantly defeated a pair of top contenders and then outclassed previously-undefeated titleholder Yoshitaka “Nobita” Naito to clinch the ONE Strawweight World Championship.
Following his third-round submission of Filipino journeyman Roy Doliguez at ONE: THRONE OF TIGERS in Kuala Lumpur, Malaysia on 10 February, Alex “Little Rock” Silva displayed his elite Brazilian Jiu-Jitsu skills on another elite Japanese martial artist.
Silva met an unbeaten Hayato Suzuki, a highly-regarded wrestler and Grachan champion, on the undercard of ONE: LEGENDS OF THE WORLD in Manila, Philippines on 10 November.
Fans expected a technical ground war with two talented grapplers each wanting to showcase their best techniques, but what they got instead was a complete shocker.
From out of nowhere, Silva out-scrambled Suzuki following a takedown attempt and latched onto an armbar that forced a quick tap from Suzuki.
The result marked Suzuki’s first loss in 20 bouts as a professional and conversely catapulted Silva to an eventual world title shot weeks later.
Silva routed Naito by way of unanimous decision to bring home the ONE Strawweight World Championship in the main event of ONE: WARRIORS OF THE WORLD in Bangkok, Thailand on 9 December.
Honorable mention:
Amir Khan of Singapore, Mei Yamaguchi of Japan, and Jomary Torres of the Philippines. 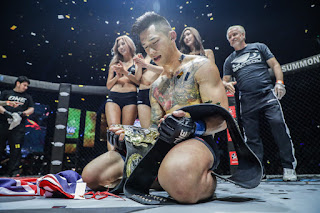 Martin “The Situ-Asian” Nguyen of Sydney, Australia is a highly-skilled finisher and one of the most talented martial artists in the world today.
Sporting a 10-1 professional record, Nguyen’s all-around skill set allows him to compete at the highest level of competition.
2017 had been a remarkable year for Nguyen as he captured two coveted world titles. Nguyen stepped into the ONE Championship cage on 18 August at ONE: QUEST FOR GREATNESS in Kuala Lumpur, Malaysia, notching his first gold under the ONE Championship banner when he stopped former undefeated featherweight champion Marat “Cobra” Gafurov to claim the ONE Featherweight World Championship.
Nguyen wrote his name in history books as the first man to hold two world titles simultaneously in ONE Championship by knocking out beloved Filipino martial arts superstar Eduard “Landslide” Folayang to bring home the ONE Lightweight World Championship in the main event of ONE: LEGENDS OF THE WORLD in Manila, Philippines on 10 November.
For more updates on ONE Championship, please visit www.onefc.com, follow us on Twitter and [email protected], and like us on Facebook at https://www.facebook.com/ONEChampionship.


This post first appeared on Powcast Sports, please read the originial post: here
People also like
Blackjack Variant Round-Up
Coron, Philippines: The Perfect Island Honeymoon
Exclusive Interview With Ankit ‘V3nom’ Panth, Founder of Team Brutality On Being a Red Bull Athlete, The State of Esports In India and More
Ski Holidays in Switzerland: How to Pick your Ideal Mountain Resort
How to Tell if a Hospital’s Culture is a Good Fit for You
LIFE INSURANCE 101 ✨ Answering POPULAR QUESTIONS & MISCONCEPTIONS in the PH!! 💸| Tita Talks 🍵
Interview with the legendary comic book artist and writer William Messner-Loebs
The Best Books For Kids About Racism For All ages

ONE Championship’s Outstanding Martial Artists of 2017