A Brief History Of Shotokan Karate

Early records of Martial Arts go as far back as the Egyptians in about 3000BC! 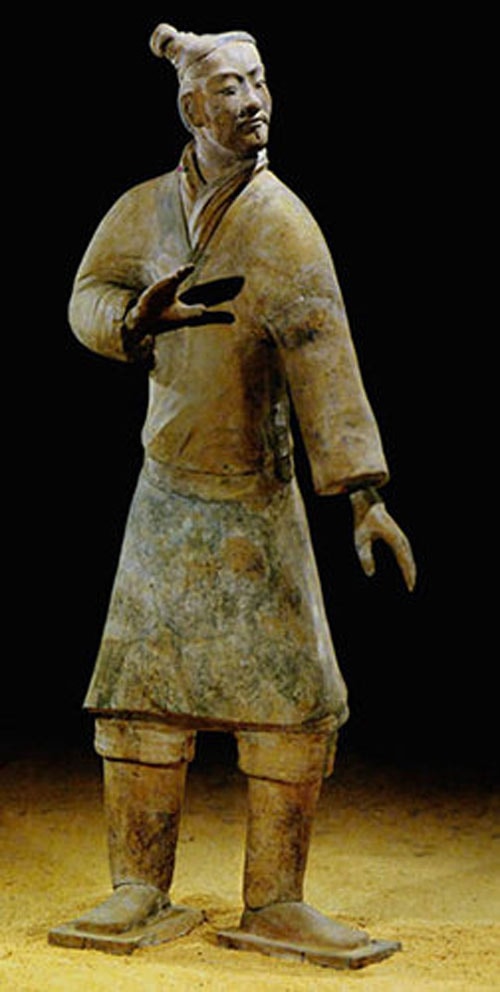 The Chinese emperor Shi-Huang-Di (221-206 BC), was buried with more than 7,000 life-size terracotta figures, which included horses and soldiers to guard him in the afterlife, some of the unarmed soldiers are clearly in some sort of martial arts fighting stances.

Okinawan Karate And The 36 Families

Martial arts was already developing among the indigenous people of Okinawa, then in the 14th century, there was many cultural exchanges between Okinawa and China. These exchanges brought many families to Okinawa, which included scholars, craftsmen, scientists and several martial arts masters, who shared their Kung-Fu expertise with the Okinawan nobility.

These Chinese martial arts masters heavily influenced the already developing fighting arts on Okinawa, which became known as Tode (Chinese hand). A huge influence on the development of Karate was White Crane Kung Fu from Fujian in China.

In 1429, the three kingdoms on Okinawa unified to form the Kingdom of Ryukyu. When King Shō Shin came into power in 1477, he banned the practice of martial arts.

Tode (Chinese Hand) continued to be taught in secret, then in 1609 Okinawa was invaded by the Satsuma Domain of Japan. The ban continued and the development of Tode carried on in secret, at this time Tode was also referred to as Okinawa-te (Okinawa hand).

White Crane Kung-Fu is a Southern Chinese martial art that originated in Fujian province. white Crane Kung-Fu was developed from closely watching and examining the crane’s movements. It is known for it’s close quarter fighting.

By the 18th century, different types of Okinawa Te had developed in three different areas of Okinawa, they were Shuri, Naha and Tomari. Okinawa now had three slightly different styles, Shuri-te, Naha-te, and Tomari-te.

Shotokan is named after Funakoshi’s pen name, Shōtō (松濤), which means “waving pines”. Kan means training hall. This name was coined by Funakoshi’s students when they posted a sign above the entrance of the hall at which Funakoshi taught.

In 1922 when Gichin Funakoshi  when he was 54 years old, introduced Okinawan karate-jutsu at the first Ministry of Education Sponsored Physical Education Exhibition. This demonstration was the first ever public display of karate-jutsu in Japan, it was an incredible success.

In 1936, Funakoshi built the first Shōtōkan dojo in Tokyo. At about this time he also changed the written characters of karate to mean “empty 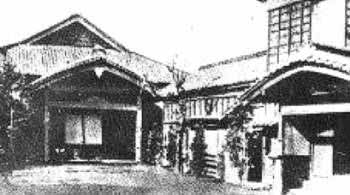 hand” (空手) instead of “China hand” (唐手) (literally Tang dynasty) to downplay its connection to Chinese boxing. Karate had borrowed many aspects from Chinese boxing.

Gichin Funakoshi published several books on karate including his autobiography, Karate-Do: My Way of Life. However many karrateka believe his most importnt work was a document containing his philosophies of karate training now referred to as the niju kun, or “twenty principles”. These rules are the premise of training for all Shotokan practitioners. Funakoshi lays out 20 rules by which students of karate are urged to abide in an effort to “become better human beings”

Gichin Funakoshi was born on November 10, 1868. At primary school, he became close friends with the son of Ankō Asato, a karate master who would soon become funakoshi’s first karate teacher. Gichin Funakoshi became good freinds with the Asato family and was soon making daily trips to go and practice karatedo with Anko Asato.

Funakoshi also trained with Anko Itosu, was known for his incredible punches, who also created the Ten Precepts (Tode Jukun) of Karate. Anko Itosu also played a major role in introducing karate into Okinawa’s schools. Anko Itosu also developed the 5 Heian kata, as he believed Kusanku (Kanku dai) was to hard for beginners to learn, he did a similar thing with long kata Naihanchi, breaking it down into three tekki kata we have today.

Matsumura “Bushi” Sōkon (1809-1899), was chief martial arts instructor and bodyguard for the Okinawan King Shō Kō. He subsequently served in this capacity for the last two Okinawan kings, Shō Iku and Shō Tai. Matsumura travelled to China and studied Chuan Fa and other martial arts which he shared with his students on Okinawa.

Kanga Sakugawa began his training in 1750 as a student of Takahara Pēchin (1683-1760). After six years of training, Takahara suggested that Sakugawa train under Kusanku, a Chinese master in Ch’uan Fa. Sakugawa spent six years training with Kusanku. He became so good that people gave him, as a nickname: “Tōde” Sakugawa (Sakugawa “Chinese Hand”).

Takahara Pēchin was an early karate practitioner. He was known as a great martial artist and is believed to have been the first to explain the principles of the dō (“way”).

These principles are:
1) ijō, the way-compassion, humility, and love.
2) katsu, the laws-complete understanding of all techniques and forms of karate.
3) fo dedication-the seriousness of karate that must be understood not only in practice, but in actual combat. The collective translation is: “One’s duty to himself and his fellow man.”

Takahara Pēchin studied under Chatan Yara (1668–1756). Chatan Yara is believed to be the first karateka to spread karate around the island of Okinawa.

Kūsankū, also known as Kwang Shang Fu, was a Chinese martial artist master who is credited as having an influence on all the karate on Okinawa.

Kūsankū learned the art of Ch’uan Fa in China from a Shaolin monk. It is likely that he studied martial arts in Fujian for much of his life. Kūsankū was sent to Ryukyu in 1756 as an ambassador of the Qing Dynasty. He lived in the village of Kumemura, near Naha. During his stay in Ryukyu, Kūsankū also taught Kanga Sakugawa.

After Kūsankū’s death, Kanga Sakugawa created and named the Kusanku kata in honor of his teacher. 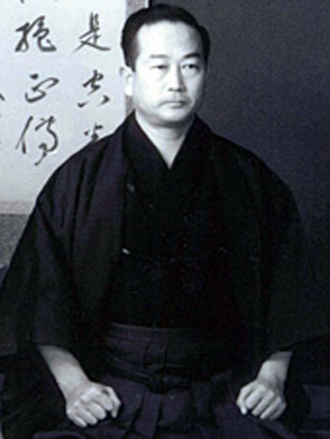 Masatoshi Nakayama (1913-1987) was a direct student of Gichin Funakoshi.
Funakoshi, Nakayama and some other prominent Funakoshi students formed the Japan Karate Association (JKA) in November 1949. By 1955, the first JKA headquarters dojo had been built at Yotsuya in Tokyo.

In October 1957, the 1st JKA All Japan Karate Championship was held in Tokyo. Karate was now starting to get very popular and it wasn’t long before there were JKA karate branches in towns, schools and many universities in Japan. In 1958, Master Nakayama was appointed Chief Instructor.

The JKA continued developing its karate style, and while expanding its dojo numbers throughout Japan, it also began sending (as early as 1958) some of its most highly-accomplished professional karate instructors overseas to America, Europe and the Middle East. The were sent to teach and establish JKA dojo. Karate was now expanding and growing at an incredible rate.

In the 1980’s the JKA had over 9 million members worldwide, an incredible growth and karate was now established all over the world.

When JKA Chief Instructor Masatoshi Nakayama passed away in 1987, there were some splinter groups that pulled away from the JKA. These groups today, are now very large and there are many other associations around the world, with many millions of Shotokan Karateka.

Who would have thought that this secretive Okinawan martial art would now be practiced by millions of people from all over the world.

A Brief History Of Shotokan Karate