I missed getting out earlier once again. That usually means going to the gym instead. But as the day moved on, and two of my boys headed off to the Beach, the house got lonely. And so I decided about 3:00PM to go ahead to go for a run out the door for a run along my city’s southern beaches. I donned a new black cap, and also a greenish shirt I didn’t even remember owning. I found it shoved in with my running gear during spring cleaning this summer.

The Wind blew in gusts, with chopping waves arising from it. And I believe it was an off-shore wind, as it wasn’t exactly cool. I won’t lie and say this nearly 6 mile run was a breeze either – it was kinda tough. But though I could have cut it short, I decided to do the full out and back (to where the sidewalk ends). After all, what better distraction could I have from my suffering than dozens of seabirds diving head first into the deep blue ocean for fish? They were amazing! 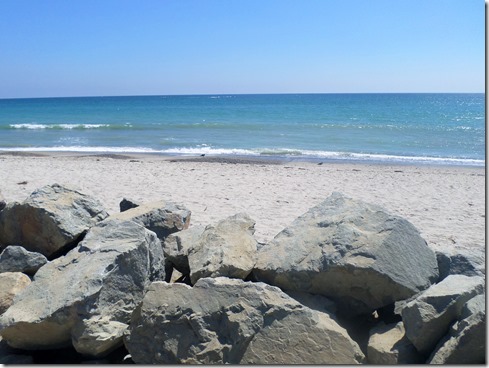 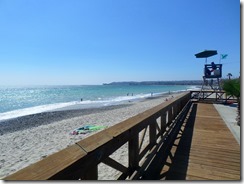 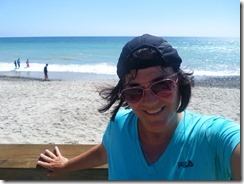