Another day off, and it’s so early in the School year. Monday was Labor Day, a national holiday we celebrate in the U.S. that honors the labor movement and the contributions workers have made to this nation that I gladly call home. Most people don’t work on Labor Day, but many, so, so many do – for example, department and grocery stores, gas stations, restaurants and such were open. But we had no mail delivered, schools were closed (and so was Costco), trash was not picked up, streets were not swept, and banks shut their doors too.

Traditionally, there is no big celebration for this holiday, though it’s thought of as the last hooray for summer. Mostly, people take quick little trips to the beach or river – they picnic, hike, bike ride,  4-wheel, or have BBQs at home. I did none of the above. But I did get a new kitten – an 8 week old, blue-eyed, white ragdoll mix.

Picking up our new kitty, not to mention purchasing all the essentials (bowls, bed, scratcher, litter box, etc), put me way off schedule concerning squeezing in a run on this Labor Day. I got out pretty late, about 4PM, which was a good thing. It was a good thing because the weather was rather mild and breezy by that time. It really was the best weather for an end-of-the-summer Labor Day run. And being out this late in the day, most people had ended their adventures, returning home for that BBQ dinner in the backyard, thus the trails were fairly empty. I myself had dinner cooking in a slow-cooker (beef stroganoff), so I had all the time in the world.

In all, I put in a tad over 7 miles, running all of Wood Canyon in Aliso Viejo in its entirety and back. Nothing spectacular happened. But it was a spectacular run. 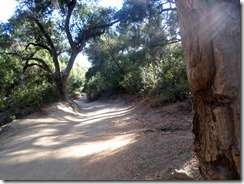 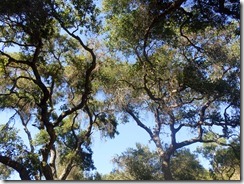 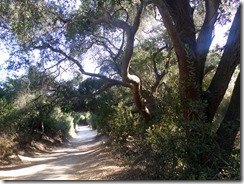 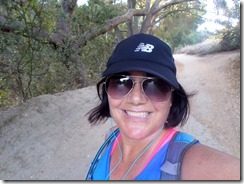