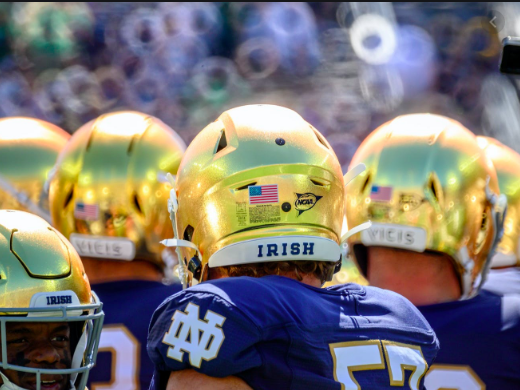 College Football needs to go again. It's a multi-billion dollar industry  - and that's just in terms of TV rights - but it's also a mass employer and a huge resource in terms of income for local and state economies. Industries that also live off the College Football season are wide-ranging, from insurance sellers to bookies to corporate barbecue makers to beer sellers.

And it's also good for kids wanting a taste of the experience too.

"A college football game can serve as a four-hour national commercial, showcasing a piece of that school’s student experience," the Washington Post wrote in 2018, noting that Auburn's applications had risen 11% in 2011 after the team won the National Championship.

From personal experience, watching the atmosphere at Beaver Stadium in 2003 when Penn State played Ohio State prompted me to take a 3 1/2 hour trip to State College, PA to see them play Indiana. Hedges and pretty sorority girls sold me to SEC schools, and the thought of a split stadium between burnt orange and maroon made me crave going to the State Fair to see Texas and Oklahoma.
One of the biggest names - if not THE biggest name - in college football is Notre Dame. Maybe it's the pomp and circumstance, the closesness between Catholicism and religion, or frickin' Rudy, but the gold helmet is recognised the country over.
Notre Dame has its own TV contract - which pays it $15 million per season - and it has recently had an alignment through all sports with the ACC, which pays it a tidy $5.8 million, too. Add to that the $9 million it receives from Under Armour as part of a ten-year shoe and apparel deal made in 2014, and the millions it makes every year from packing in its stadium. It's not got SEC-type change, but it's big enough. Oh, and it charges students an average of $53,000 to go there, too.
The Irish's TV contract helps them eschew full conference alignment, giving it full control of its checkbook. It's also given special treatment in terms of the College Football Play-Off, because it can never 'win its conference'.
Other schools - Army, BYU, UMass, UConn, New Mexico State or Liberty are also independent. Notre Dame is the biggest.

The college football season is 12 games. Conference teams play 8 or 9 inter-conference games, depending on the conference.

In the world of Coronavirus, worries about a mass second-wave/third wave are their height. Some universities are already going as far as saying that students will take the fall semester's classes online, while some are saying that there will be no in-person classes after Thanksgiving.

The easier thing to do for the NCAA is to mandate a 9-game schedule, cut out non-conference games, and make sure the season can be 'gotten in'. It's not great, but it works for the universities, the players - when they are trying to showcase their talent for the NFL - and the TV networks. It might not be so great for the schools (we reckon that stadiums at most will allow 30% of their usual fanbase into the stadium, and won't give away allocation beyond families (this includes banning bands, cheerleaders etc to keep the numbers down). This will SUCK for long-running rivalries like Clemson - South Carolina, which has played every Thanskgiving since 1960. Fans wanting to see Oregon vs Ohio State and USC vs Alabama from JerryWorld will be sorely disappointed. And Texas fans will be annoyed at not being able to destroy their liver during a weekend bender in Baton Rouge.

So where does that leave The Magnificent Seven?

Notre Dame might have six games on its schedule against ACC rivals, but if the total you can play in nine, the Irish are left out. After all, there are no non-conference games allowed.

This situation is worse for BYU and friends, who don't have such football alliances.

But the Irish aren't making life easier, are they?

A day of mixed emotions, Rohit Sharma reflects on his 33rd birthday