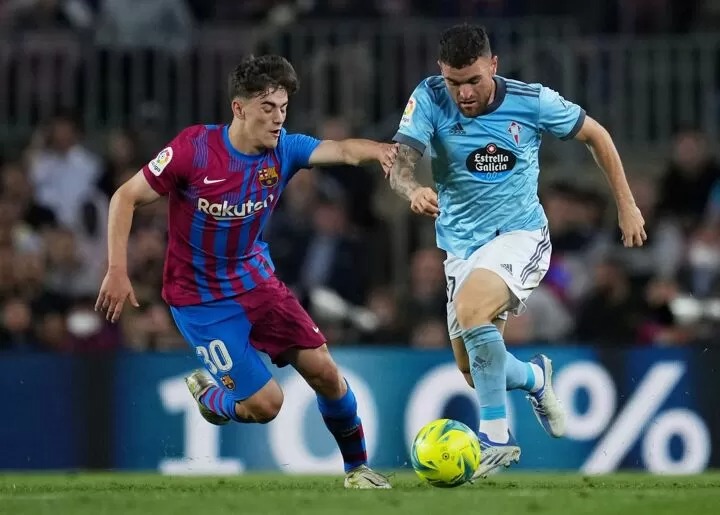 Barcelona have had an eventful transfer window so far and have been one of the most active teams in the transfer market this summer. The Catalans have invested heavily in their squad and could now pull off another important signing before the deadline.

Sgubhu 2022 Songs & Mixtape
Vigo Mix – WHO AM I?
Travels through History – Northern Sp…
Ancelotti equals Mourinho, becomes co…
According to a report published by Spanish publication AS, Barcelona have expressed interest in securing the signature of Celta Vigo left-back Javi Galan. The 27-year-old Spaniard has been impressive for the Galician side over the past year and could make a move to Catalunya's capital this week.
The Blaugrana have had their problems with player registrations this season and will need to free up some space in their wage bill to pull off a few more signings. According to the Spanish media, Galan remains an affordable option for Xavi and could cost the club only €9 million.
The Celta Vigo defender rose through the ranks with the likes of Cordoba and Huesca before securing a move to Celta Vigo in 2021. Javi Galan is known for his intelligence and pace and may well be an excellent addition to a Barcelona side in desperate need of reinforcement on its left flank.
Javi Galan and Marcos Alonso emerge as potential solutions to Barcelona's full-back crisis
Javi Galan has been one of Celta Vigo's best players this year and has emerged as a possible alternative to Jord Alba. Galan completed more dribbles than any other defender in Europe's top five leagues last season and could take his game to the next level under Xavi.
Barcelona have been in pursuit of Chelsea's Marcos Alonso this summer but have put negotiations on hold to focus on more pressing concerns. The Catalans have signed one of La Liga's best centre-backs in Jules Kounde and will need to ensure his registration before moving on to their other transfer targets.
Alonso will cost the club a little more than Javi Galan and is not particularly known for his defensive prowess. Galan has experience in La Liga and his style of play makes him a good fit for Xavi's plans at the club.
Barcelona will also be able to count on La Masia graduate Alejandro Balde this season. The 18-year-old left-back bagged an assist within the first minute of his side's 4-1 victory against Real Sociedad and is reportedly an important piece of the puzzle for the club this season.