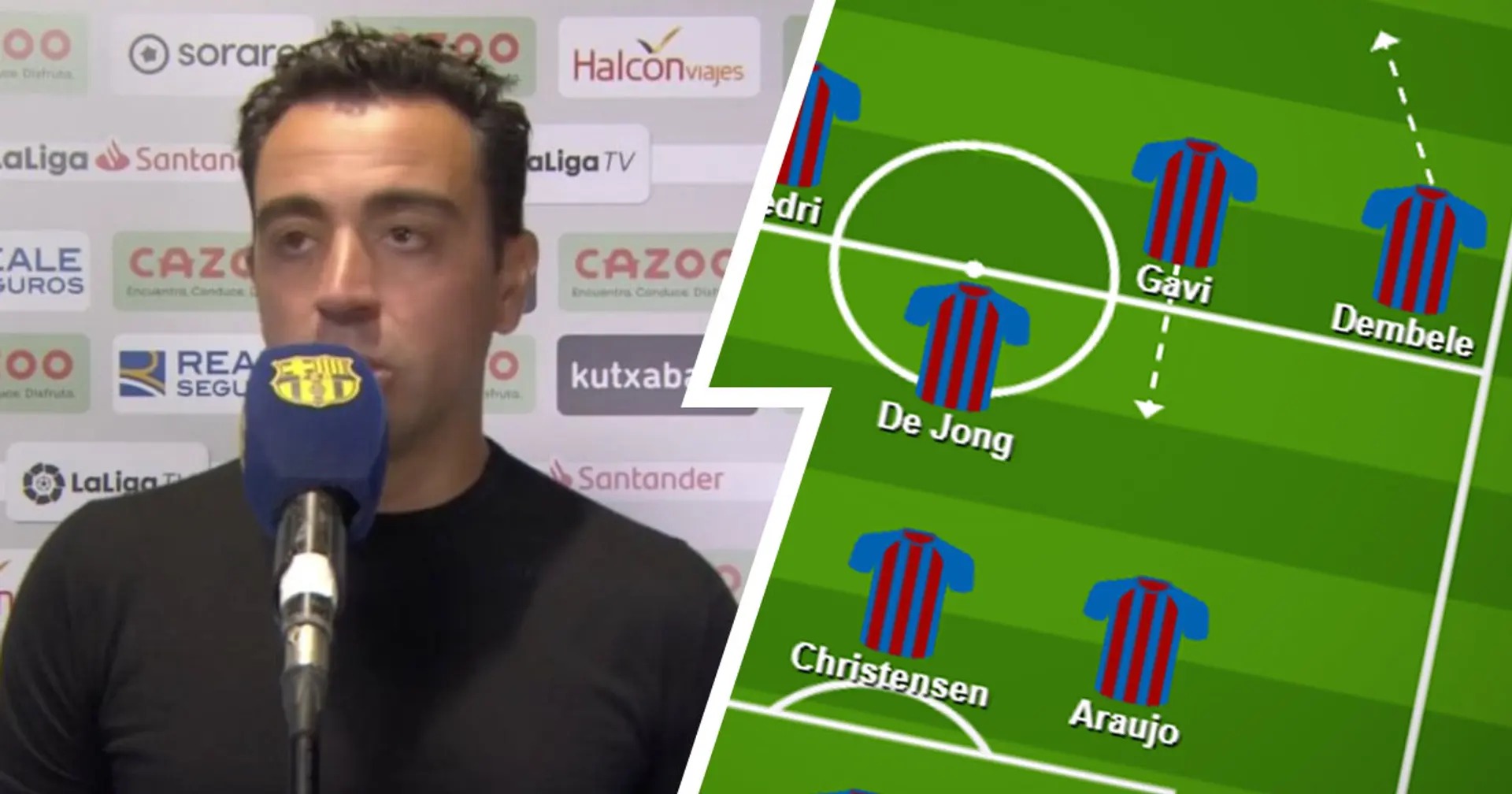 Against Real Sociedad, Barcelona started with a rather unconventional 3-5-2 formation. Here's what it looked like. 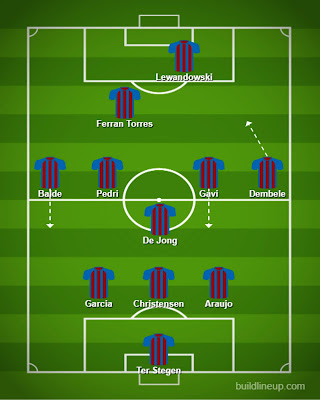 Barcelona XI: Ter Stegen - Araujo, Christensen, Garcia - Dembele, Gavi, De Jong, Pedri, Balde - Lewandowski, Ferran Torres.
The Formation was rather asymmetric, with Alex Balde having more defensive responsibilities than the other full-back and Gavi dropping deep to serve as a second pivot.
Here's how Xavi explained his reasoning after the game.
"The change of system was to adapt to Real Sociedad. They played with two strikers, and we needed to have one defender left. It was a risk, sure. But we saw how good it can be when the players understand the system like they did in the second half."
The coach also mentioned that Gavi had a more defensive role tonight in order to cope with Real Sociedad's overbooked midfield.
Source: FC Barcelona (h/t BarcaUniversal)

Crossword Quiz Daily October 8 2022 A…
10 Foods That Will Clean Your Arterie…
Biden-Harris Administration Announces…
Exploring Oregon Caves: Underground A…
How to Get Wavy Hair: 5 Quick Steps (…