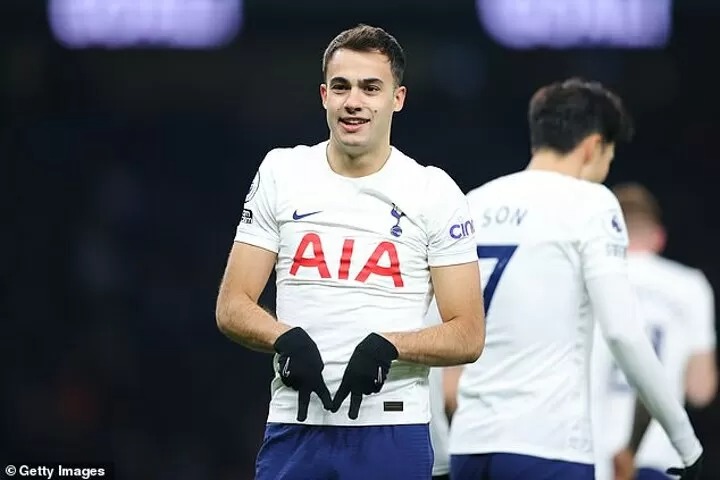 Nottingham Forest are exploring a Loan for Tottenham full-back Sergio Reguilon.
The Spanish defender has found himself down the pecking order in Antonio Conte's side, with Ryan Sessegnon and Ivan Perisic ahead of him in the race for the left-wing-back spot.

California’s 15 Best Hotels with Free…
MIGOS: TAKEOFF SHOT DEAD IN HOUSTON A…
What Investments Are Safest in 2022?
Bumpa, Social Commerce Startup Raises…
🔥🔥New Music🔥🔥: Armani Caesar Featurin…
Lazio and Villarreal have also made enquiries for the 25-year-old, who is nursing an injury but is surplus to requirements at Spurs.
Reguilon has made 67 appearances for the Club since joining from Sevilla in 2020, scoring two goals in the process.
He is yet to play this season as both player and club search for a solution to his future, and he could soon be moving to Premier League new boys Forest.
Forest are still looking to add to their 16 players brought in this summer, with Wolves rejecting a £1million offer from Forest for Willy Boly. Steve Cooper's side are likely to raise their bid to £2million.
They want a centre-back after losing Moussa Niakhate for at least two months with a hamstring injury at Everton on Saturday.
Wolves are keen to add a replacement for Boly, who has struggled with injuries in recent years but has made over 100 appearances for the club in his four-year stay at Molyneux.
Boly has been on the bench for all three of Wolves' Premier League games so far this season, but is yet to make an appearance.
Meanwhile, Valencia are planning further talks over a loan proposal for Spurs' Bryan Gil this week.
Gil spent the second half of last season on loan with the club, but failed to score in 17 games during his stay in Spain.
Gil, who joined Tottenham for £21.6million last summer, previously admitted he was not up to the physical level required in the Premier League despite his attempts to put on weight since joining.