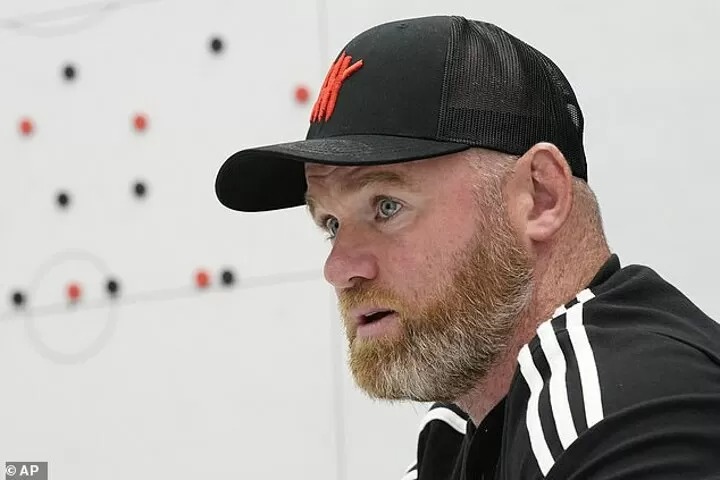 Former Manchester United forward Wayne Rooney has told Erik Ten Hag not to play Cristiano Ronaldo against Liverpool tomorrow.
United's all-time top goalscorer has urged the Red Devils boss to get energy on the pitch, which would mean leaving out the 36-year-old's former team-mate for the game.

Solar Powered Cane String Lights Chri…
Tenorshare iAnyGo: How to Spoof Pokem…
Exit Interview With Fluidra President…
Taiwan Leader Tells China War ‘Absolu…
Almond Oil for Beard Growth: Benefits…
Via the Times, Rooney said: 'I wouldn’t play Cristiano Ronaldo, and I wouldn’t play Marcus Rashford. If I was in Ten Hag’s position my main concern would be getting energy on the pitch, and United’s failure to recruit a number nine means they relied on Ronaldo against Brentford, even though he hadn’t trained a lot with the team. He looked like he needs time to get match fit.
'ten Hag needs energy from his side and that may mean dropping Ronaldo.'
Rooney also described United's 4-0 drubbing against Brentford last weekend as 'hard to watch', saying he has 'never seen Manchester United so lacking in those basic qualities'.
'Football has developed tactically and improved technically during my time in the game, but the basics don’t change,' he said.
'If you don’t run, if you don’t put in the effort, you can lose to any team. I have never seen Manchester United so lacking in those basic qualities. Their hammering by Brentford was hard to watch.
'If that had happened to any of the United teams I played for, I think fans, journalists and every other team in the country would have been shocked, but people weren’t with this side. The most worrying thing is that neither the result nor performance surprised me.'
Rooney won five Premier League titles as a player for United, the last coming in 2013, but United haven't won a championship since and are currently bottom of the Premier League.
Several managers have come and gone since Sir Alex Ferguson's retirement, with Erik Ten Hag the latest in a long list of triers.
'Erik ten Hag was right to call players out and speak about hunger, and it was fair enough for him to get them in for extra training, where he asked them to run the same distance that Brentford outran them by,' said Rooney.
'ten Hag will have done a lot of soul-searching this week and will be making a lot of demands to get a reaction out of his players, I’m sure. But with this group, this has been happening for so long that changing their ways is going to take something drastic. They’re emotionless — there is no character, no heart in the team.
'I’m not talking about every player. Harry Maguire will always try, Fred will always try and Scott McTominay may not be Paul Scholes or Michael Carrick but he will always go out and show some balls. Those three have been trying to lift the group, but it comes down to individuals to take responsibility.
'As for Marcus, I think he needs to do a lot of soul-searching and figure out what he wants, for his own good, before anything else. Because watching him is a real concern, he looks like he wants to be anywhere but on a football pitch.
'Watching United, I see players throwing their arms up and shouting at team-mates but I don’t see them talking, or looking at themselves before blaming others. I see them making eye-catching runs to close down the goalkeeper but not 50-yard runs back to stop an attack.'
'I see them going up to the crowd after the game apologising or coming out on social media with all the guff: “We go again.” The fans see through that. My message would be: stop apologising, just get on with your job — and work. That’s all the fans want. They want to see them taking responsibility in the 90 minutes.'
United lost their first two games of the season against Brighton and Brentford and are up against it Monday in a crunch game against long-term rivals Liverpool.
United lost 5-0 in the same fixture last season, which was rearranged because of protests against the club's owners, the Glazer family.
Anther protest is being planned for tomorrow's game, but Rooney has warned United need to be on song or risk suffering another heavy defeat.
'We should remember that this is only the start of Ten Hag’s reign, that he’ll need time and that he’ll have identified a number of issues to address when the time is right. He clearly wants to see the players he inherited and give them a chance.
'But he also needs to do something quickly and the first priority is, against Liverpool, to just compete and have a go. Do that and the fans will accept it, even if United get beaten. Play like they did against Brentford, and United will suffer an even worse result than their 5-0 defeat by Liverpool last season.
'I don’t expect that to happen, by the way — I can’t see United winning, but I believe there’ll be a reaction and they’ll lose by the odd goal, or even snatch a draw.'
Rooney also questioned new United signing Casemiro, who won't be available to face Liverpool, but could be the solution to United's long-term midfield problems.
'This goes back to the need to look to the future,' said the current DC United manager.
'Ideally, they should be signing players in their early to mid-twenties, and Casemiro is similar to Christian Eriksen — someone who has been a good player, but are they going to help the club move forward? Frenkie de Jong, Ten Hag’s principal midfield target, would be a better fit.
'The Casemiro deal seems to have come from nowhere, and looks a reactive signing — I’d be surprised if he was a player identified as a priority to bring in when ten Hag arrived.
'It looks like, having been unable to sign de Jong, United just reacted to Casemiro being available.'