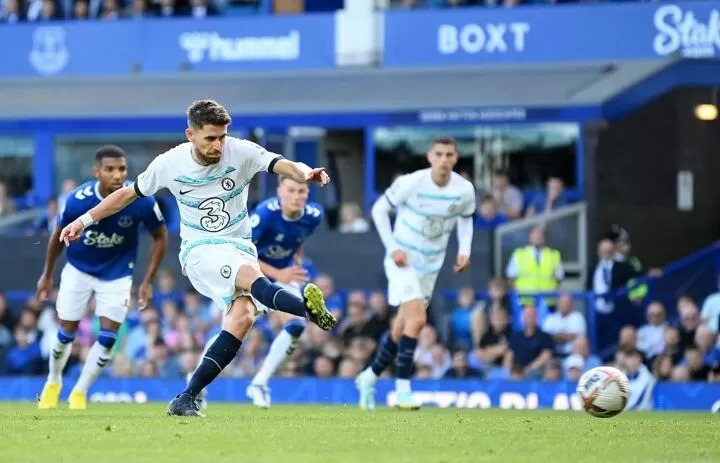 5 best penalty takers in the Premier League at the moment 2022
The English Premier League is home to some of the best Penalty-takers in world football. Due to the high level of intensity in the English top-flight, players are prone to making errors within the box which leads to conceding a penalty.

🔥🔥New Music🔥🔥: Armani Caesar Featurin…
D-Black – Trotro Vibes
20 Best Pools in Las Vegas
FCSB – SILKEBORG LIVE PRO ARENA, Meci…
Dosa ($DOSA), is a Crypto Voting Plat…
Taking a penalty is not an easy task, especially when the outcome of the kick could make or break your team's future. However, there are some players in the Premier League who have shown poise and skill in the face of incredible pressure.
These players have a good track-record of slotting the ball into the back of the net with precision from 12 yards out.
Without further ado, let's take a look at the five best penalty-takers in the English top-flight at the moment.
#5 Bruno Fernandes
Bruno Fernandes is one of the top penalty specialists in the English Premier League. The Manchester United playmaker has a conversion rate of 91.30 percent in Manchester United colors.
Since joining the Red Devils from Sporting Lisbon in January 2020, Fernandes has taken 16 penalties in the league, scoring 13 and missing just three. In the 2020-21 season, nine of his 18 league goals were penalties.
However, following the return of Cristiano Ronaldo in the summer of 2021, and a dip in form, the 27-year-old lost his role as Manchester United's designated penalty taker to his compatriot.
Fernandes has also failed to score his last two penalty kicks in the league. He missed out from the penalty spot against Aston Villa and Arsenal last season.
However, these could easily be written-off as a momentary skid if Fernandes can get back to his previous run of form.
#4 Cristiano Ronaldo
Manchester United star Cristiano Ronaldo currently holds the record for the most goals scored in men's football. The Portuguese international has scored a total of 815 career goals so far (via Sporting News).
144 of Ronaldo's 815 goals have been from the penalty spot, making him one of the best penalty takers in football at the moment.
The 37-year-old returned to the Premier League in the 2021-22 season for a second stint with Manchester United and displaced Bruno Fernandes as the club's designated penalty-taker.
He took three penalties in the league last season and dispatched all of them home.
#3 Harry Kane
England captain Harry Kane is not only one of the most prolific goalscorers in the league, but also one of the best penalty takers at the moment.
The 29-year-old is Tottenham Hotspur's designated penalty taker and has excelled in his job from the penalty mark. Kane's penalty kicks are powerful and precise.
He took four penalties in the league last term and scored all of them. His last penalty miss in the league was in the 2017-18 season against Liverpool, when his shot was saved by Loris Karius.
Kane has taken a total of 31 penalties in the Premier League, scoring 28 and missing just three.
#2 Mohamed Salah
Mohamed Salah is also one of the best penalty-takers in the English top flight at the moment. He is Liverpool's designated penalty-taker and seldom misses from the penalty spot.
Standing for a penalty kick, the Egyptian winger picks his spot, then tilts to the right while taking a short run before blasting the ball into the net with his powerful left foot.
He scored five penalties in the league last season and missed just once, against Leicester City. Salah recently opened his 2022-23 goal tally with a well-taken penalty against Manchester City in the FA Community Shield.
So far, he has scored a total of 18 penalties in the league while missing only two.
#1 Jorginho is likely the best penalty-taker in Premier League
Italian deep-lying midfielder Jorginho is one of the best penalty-takers currently in football. He is the designated penalty-taker for both the Blues and the Italian national team.
Since joining the London club in the summer of 2018, the 30-year-old has scored 20 Premier League goals, 18 of which have come via penalty kicks. He has registered only three penalty misses in the Premier League.
Jorginho has scored seven of his last eight penalties in the English top-flight. His last miss came in the 2021-22 season against West Ham United.
He recently scored his first-penalty of the 2022-23 season in Chelsea's 1-0 league opener victory against Everton on August 6. His style, characterized as 'hop, skip and a jump' before smashing the ball into the net is quite unusual, but it gives him just a little more time to gauge in which direction the goalkeeper is gonna go.