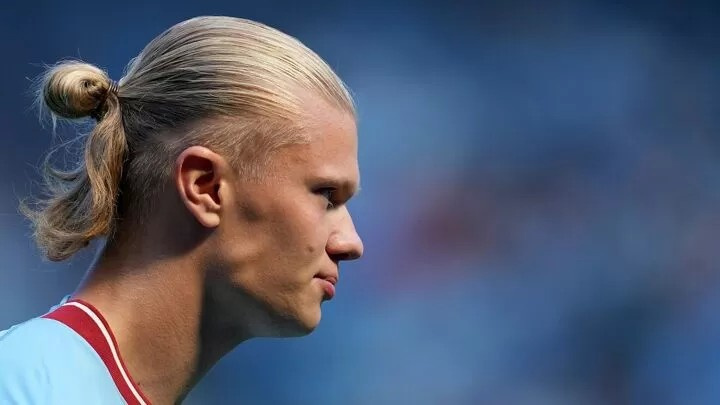 Erling Haaland and Manchester City's relationship was a match made in heaven, during his first two games in the Premier League, Haaland has scored two goals and an assist in the two victories of the 'citizens'.

California’s 15 Best Hotels with Free…
MIGOS: TAKEOFF SHOT DEAD IN HOUSTON A…
paris jackson RELEASES NEW SINGLE “ju…
Bumpa, Social Commerce Startup Raises…
20 Best Pools in Las Vegas
Undoubtedly Haaland is one of the great signings of the summer, and Pep Guardiola was key in convincing him.
'FourFourTwo' magazine has just released a preview of an interview with the new face of City striker, where he talked about how everything went down so he could arrive in Manchester.
He praised Pep Guardiola
Haaland mentioned that he did not need convincing "Pep didn't have to sell me anything. start, he's a special coach and that was very important to me. We all know what he has done for his teams, but also for his players and for soccer in general,"
His dad played for Manchester City
This was key in his decision: "It's something I want to be part of. I think we'll have a good time together." Another reason for his Club preference is his father's background, Alf-Inge, a former Manchester City player. Born in England, Erling grew up as a 'Citizens' fan.
He also remembers when he went crazy for the team's championship
"I remember it so well like it was yesterday. It was crazy. The day had been all about winning. This was our moment; this was the day the club became champions. I remember we settled down to watch, my dad was as excited as I was, but things just went crazy.
City was losing to a 10-man Queen's Park Rangers who We're massive favorites, and we're losing. Manchester United have won [their game against Sunderland]. It's despair. But then, after 91 minutes I think, Dzeko scores. There's hope but there's so little time."
"I ran around the lounge with my top off when Aguero scored THAT goal"
Erling Haaland's father Alf-Inge played for three years at the club, but the current situation of the club is very different from what it was between 2000 and 2003. "The facilities, the staff, the people around the club, it's a great organization.
It's a very professional club, they do everything in a good way to help the players, which I like a lot," He mentioned.
Trial by fire against Newcastle
This Sunday, Haaland and Manchester City will have a challenging game. The former Borussia Dortmund striker will have to be at his best if he is to break down Newcastle which has not conceded a goal in their first two games.
And it is no coincidence since the arrival of Eddie Howe to the team's bench puts their defensive solidity at the forefront of their strategy.