Real Sociedad vs Barcelona: how to watch on TV, stream online in US/UK 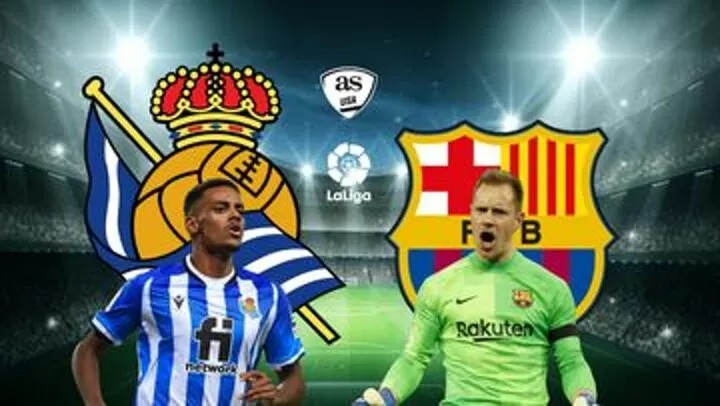 Real Sociedad vs Barcelona TV, stream online in US/UK
All the info you need to know on how and where to watch the LaLiga match between Real Sociedad and Barcelona at Anoeta on Sunday.
Barcelona are aiming to grab their first three points in LaLiga’s new campaign in their visit to the northern city of San Sebastian, where they will face Real Sociedad. If you are in the United States, you will be able to watch the game on ESPN+.

THE HIDDEN HILLS OF CADAQUES
10 Best Restaurants in St. Augustine
Joyce Wrice's Career-Defining NPR Tin…
Vodafone le Spune Clientilor Cum Pot …
PHTA Reveals The 2022 International A…
The Blaugranes weren’t able to defeat Rayo Vallecano at Camp Nou in a match that ended in a goalless draw, while Imanol Alguacil’s men were more successful in their 0-1 win over Cadiz.
Los Txuri-Urdin finished sixth at the end of LaLiga last May and the team will try to push for a Champions League spot this season, as they finished the tournament with 62 points, the same as the previous campaign.
Real Sociedad became the most surprising team at the beginning of the last campaign with notable performances but ultimately fell away to the Europa League places.
Meanwhile, the sense of urgency and immediate results seem to have been installed in Barcelona, as the Catalan giants have spent close to $177m signing Jules Koundé, Raphinha, and Robert Lewandowski.
Moreover, Andreas Christensen and Franck Kessie also joined on big wages having signed on free transfer deals and Barcelona president Joan Laporta is working to land defender Marcos Alonso and probably one or two more players.
Koundé seems unlikely to be registered for game week 2 as Barça are trying to clear the wage bill to make room for the defender in their squad.
This time, if the results are not as good as expected with the new arrivals, Xavi will be under more fire. The fact that three of the new signings were in the starting XI against Rayo probably made the team look rusty and lack chemistry.
What time does Real Sociedad vs Barcelona kick off?
The LaLiga soccer game between Real Sociedad and Barcelona will kick off at the Anoeta stadium, San Sebastian, on Sunday 21 August 2022 at 4:00 pm US (ET) and 1:00 pm US (PT).
That’s 10:00 pm CET and 9:00 pm UK time.
Find out what time Real Sociedad vs Barcelona starts if you’re elsewhere in the world.
Where can I watch Real Sociedad vs Barcelona in the US and UK?
In the US and UK, the following television channels and online services will be broadcasting Real Sociedad vs Barcelona:
US: In the United States, you will be able to watch the game live on ESPN+.
UK: Premier Sports 1, The ITV Hub, Premier Player HD, ITV 4, LaLigaTV.
Find out who is showing Real Sociedad vs Barcelona elsewhere in the world.
Online stream @e360hubs tv
Real Sociedad vs Barcelona: live AS USA coverage
You’ll also be able to follow live-text coverage of Real Sociedad vs Barcelona right here at AS USA. We’ll be building up to the game starting about an hour before kick-off, then taking you through the action as it unfolds.

Real Sociedad vs Barcelona: how to watch on TV, stream online in US/UK