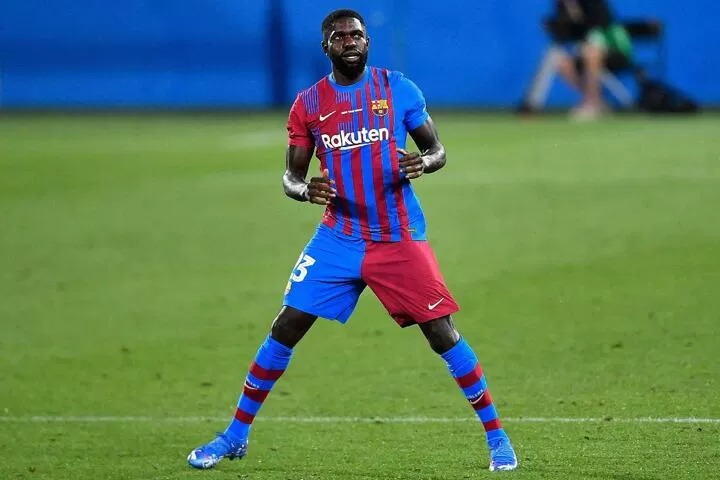 Italian side Lecce have opened talks with Barcelona to sign out-of-favour French centre-back Samuel Umtiti according to Fabrizio Romano. Negotiations will proceed over the coming days.
Umtiti will find minutes very hard to come by in 2022/23 at Camp Nou. Barcelona signed Jules Kounde and Andreas Christensen this summer to add to a centre-back stable that also includes Gerard Pique, Ronald Araujo and Eric Garcia. A move is the right call.

IS DAVIDO SON, IFEANYI ACTUALLY DEAD …
Led Usb Remote Control Battery Small …
Supreme/Duck Down Music
Google a Anuntat Oficial un Proiect M…
Coronavirus Romania: Numarul Nou al I…
Umtiti, 28, is in need of fresh impetus. He joined Barcelona in the summer of 2016 from Lyon and greatly impressed during his first two years at Camp Nou, even helping the French national team win the World Cup in Russia in 2018.
But injuries have derailed his development ever since that career high in Russia and he’s hardly featured for Barcelona in the intervening period. When he’s fit he’s an elite centre-back, so he’ll hope to rediscover that quality out in Italy.