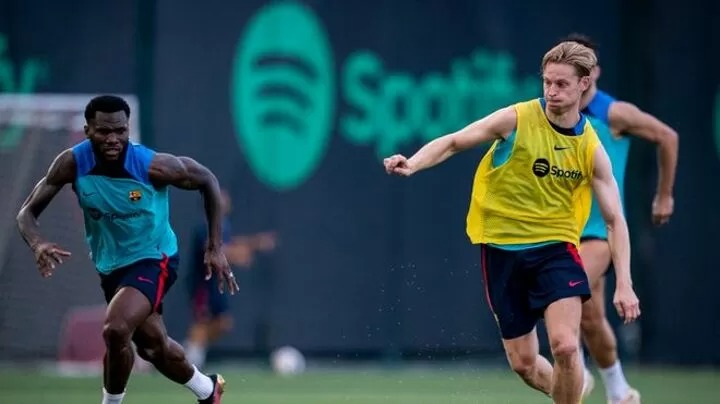 Case closed. With Casemiro swapping Real Madrid for Manchester United, the Red Devils have moved on from Frenkie de Jong, according to The Athletic.
The Dutch midfielder was the desired signing by Erik ten Hag at Old Trafford, but the player's refusal has forced the English club to look for other alternatives in the market.

Well said Mr. PM, We’re racing with t…
MRS THATCHER’S DREAM
Hollywood Dentist Providing Red Carpe…
Pajamas Women's Long Sleeve Sleepwear…
A perfect itinerary for Amsterdam
De Jong was the number one target of the summer for the red devils who had reached an agreement with FC Barcelona. The Catalan club placed him on the market to free up the wage bill and to make other signings for Xavi.
The position of the '21' though has always been to stay at Barça. United finally understood that.
The Sun, however, added that Frenkie still has suitors in England. Chelsea have not yet thrown in the towel.
It remains to be seen if the blues will launch a last-minute bid that could facilitate the arrival of Bernardo Silva at Camp Nou.