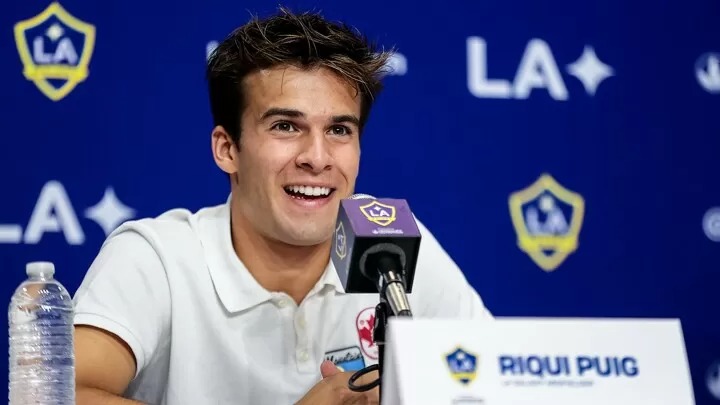 Barcelona and Riqui Puig finally separated their paths this summer after nine years together. What seemed like a fairytale initially gradually turned sour and by the end of his time there, things had turned toxic.

Vodafone le Spune Clientilor Cum Pot …
Orange Transmite Meciurile din Champi…
Travels through History – France – Na…
Mercat a la Planxa Debuts Revamped Ta…
Travels through History – Northern Sp…
Puig, 22, has left for LA Galaxy in the United States and recently spoke to the media about his arrival. He was of course asked about leaving Barcelona too though.
Marca covered his quotes, as Puig explained that he suffered while Barcelona were on their preseason tour of the USA. Puig was one of five players left off the tour who remained in Catalonia.
“Being in Barcelona while my colleagues were here in Los Angeles, playing matches, the truth is it hurt me a lot. It was a difficult situation, where in addition I had four colleagues that were also not having a good time.”
“That makes it even worse being in Barcelona with just a fitness coach. Sometimes you have to take decisions. They took that one, I don’t agree with it, but fine.”
Puig, goalkeeper Neto Murara and Oscar Mingueza have all left the club now, but Martin Braithwaite and Samuel Umtiti still remain part of the squad.
Barcelona have come under widespread criticism for their treatment of their players this summer as they try to get transfer deals done. Puig’s affirmations confirm that some of the players have been suffering as a result.