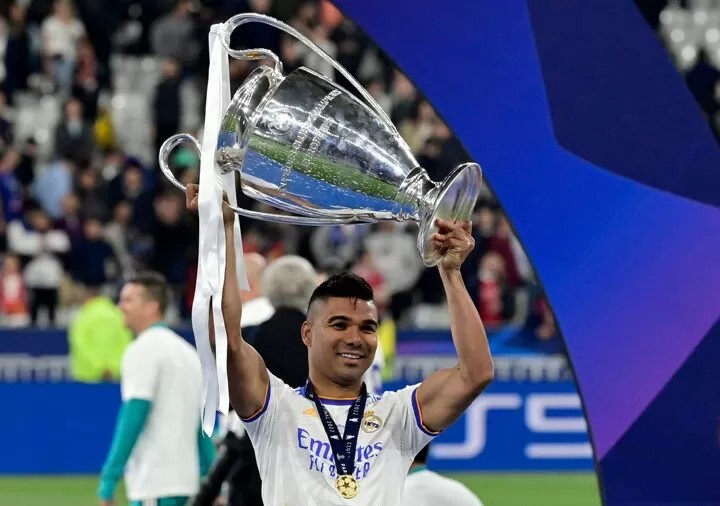 Ancelotti confirms Casemiro’s decision to join Man United: “I have spoken with Casemiro. He wants to try a new challenge. We understand his decision”.
Carlo Ancelotti has confirmed that Casemiro is set to leave Real Madrid in favour of a "new challenge" - with Manchester United set to agree a deal for the Brazilian.

Men's Intelligent Constant Temperatur…
The Best Veneer Dentist in Los Angele…
ErgoTune Supreme V3 Review (From a Re…
Work Every Part of Your Body With Thi…
AMD vs Intel: Which one has the best …
"I talked to (Casemiro) this morning," Ancelotti said. "He wants to try a new challenge, a new opportunity. I and the club understand it.
"With what he's done at this club and the person he is, we have to respect it. There are talks right now, nothing is official, but he wants to leave.
"We wish him all the best in his next challenge."
Here's more from Carlo Ancelotti about Casemiro's impending departure for Manchester United:
"The midfield of Modric, Kroos and Casemiro has been very, very important for Real Madrid.
"Casemiro's teammates respect him and his decision. They love him, the club loves him.
"Casemiro will not play on Saturday [against Celta Vigo]. We have signed Tchouaméni and he's one of the best on the market. Then we have Kroos and Camavinga.
"Yesterday I realised it was a real thing [Casemiro to Man Utd]. My plans won't change."
Ancelotti: “I can't reply as to why Casemiro traded European Champions for a struggling side, it's his decision.”