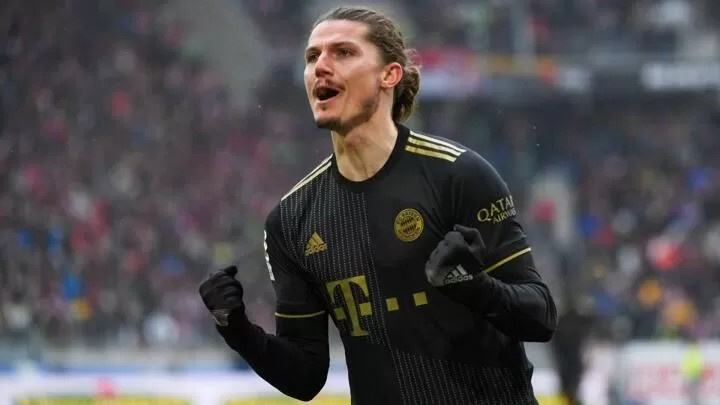 Casemiro appears destined for a transfer to Manchester United, leaving Real Madrid potentially short of options in the midfield.
The Brazil international has been a lynchpin of their side for the best part of a decade but head coach Carlo Ancelotti says the player now wants to depart for a new challenge.

Fairy Feather Retractable Large Fluff…
SONY Music and Michael Jackson Estate…
Best Upkeep And Maintenance Tricks Fo…
5 Unusual Phenomena That Video Techno…
Vodafone le Spune Clientilor Cum Pot …
This leaves Real Madrid a problem: finding a Replacement in short order.
With less than two weeks remaining in the transfer window, Los Blancos face a race against time to get a deal done. Here are five players who could come in and add depth to Ancelotti’s side.
Marcel Sabitzer – Bayern Munich
Sabitzer’s move to Bayern Munich from RB Leipzig hasn’t worked out after one year. Last season, he barely managed 1000 minutes across all competitions. He may have started both Bundesliga matches this time around but will drop out of the team when Leon Goretzka regains fitness.
While he is surplus to requirements as a starter at FCB, a deal could be difficult to broker because Goretzka is not expected back for another month yet, and his rehabilitation from a knee problem could suffer complications.
Idrissa Gueye – PSG
PSG are offloading a large number of midfielders this summer, and Gueye is perhaps unlucky to be caught among them. The former Everton man is linked with a move back to the Premier League, but his ability to cover ground and make tackles could make him a viable replacement for Casemiro. Of course, he is not of the same standard, but €100 million man Aurelien Tchouameni is expected to step into his shoes.
Djibril Sow – Eintracht Frankfurt
Real Madrid is a squad of winners and signing Sow would bring another winner into their fold. The Switzerland international was crucial to Eintracht Frankfurt's successful Europa League-winning campaign and has played in front of Ancelotti already this season when the two sides met in the UEFA Super Cup.
A versatile midfielder, Sow is aggressive off the ball and composed on it and could be an affordable option for Madrid before the window closes.
Tanguy Ndombele - Tottenham
When Ndombele left Lyon for Tottenham, he appeared to be a player capable of mixing it with the best in the world. He has since lost his way and Spurs are eager to offload him. Napoli are fighting to secure him, but the prospect of Real Madrid interest would doubtless be interesting for him.
There was a time when he was up to that level, and if he could regain anything like that form, the 25-year-old would be a valuable squad player.
Youssouf Fofana – Monaco
Having signed one half of Monaco’s powerful midfield last season, could Real Madrid return for the other partner? Certainly, it would make sense in terms of the adaption of Tchouameni and Fofana is also a player of significant quality who has shown he could play an understudy role to the France international. A deal, though, would likely be too expensive to be easy at this juncture.