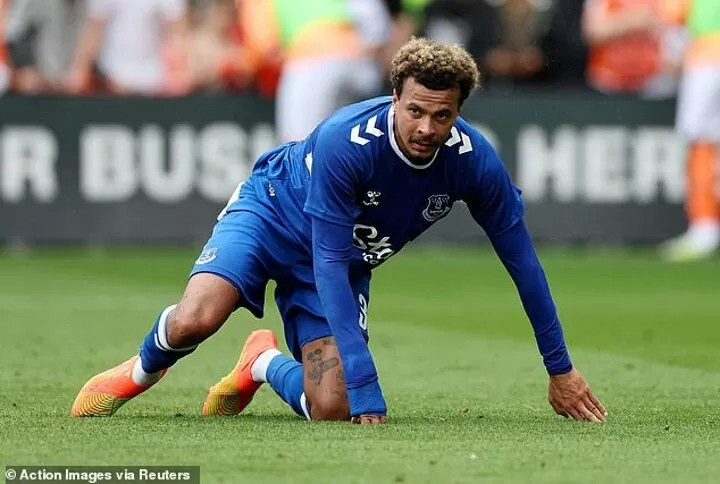 Dele Alli has moved to Turkish club Besiktas on loan with an option to buy from Everton.
The move comes just seven months after Alli joined the Toffees on deadline day after falling out of favour at Tottenham. He has made just 13 appearances for Everton since signing.

Do Lean ao People Analytics: Papo Car…
Besiktas pushing to sign Dele Alli fr…
PRP withdraws from Osun gov election,…
It will ultimately be up to the 26-year-old whether he joins Besiktas permanently or not.
Speaking ahead of Everton's clash with Nottingham Forest on Saturday, manager Frank Lampard said: 'There is interest in Dele, that has come out publicly.
'That is one for us to consider behind the scenes and for Dele to consider, for him to go would have to be right for everybody.'
Asked why Alli's signing had not worked, the Toffees boss added: 'It is a long conversation.
'The moment Dele's name comes up in the media, people queue up to have an opinion and it's often negative and I don't think that is fair to a young man whose talent took him on to the world stage at a young age.
'I think everyone was aware of the curve of his career and that was something you take into account.
'In my job you have to have the football side and the human side. I like Dele and I want to help him. The main thing I want to do is be a support for the players.
'The only thing I know for sure is that hard work correlates on the pitch.'