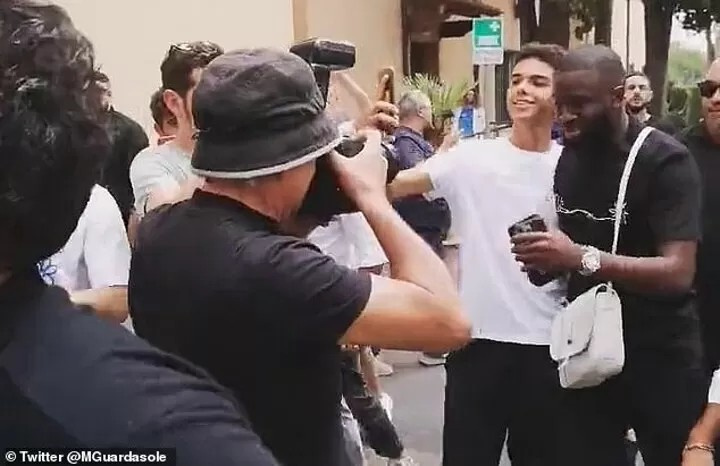 Tottenham Midfielder Tanguy Ndombele has completed a medical at Napoli ahead of his proposed loan move to the Serie A side, per Football Italia.
The Frenchman was excluded from Spurs' first team training by Manager Antonio Conte this summer - pathing the way for his departure from the Tottenham Hotspur Stadium.

GALA DALI – THE MUSE OF THE SURREALIS…
SITW Returns to Virginia Beach in 202…
7 Considerations to Start Your Busine…
Apple to Release iPadOS 16 and MacOS …
Best PS5 Games Deals and Offers with …
And the 25-year-old is set to join Napoli on a season-long loan deal worth £1million with a further option to buy for £26m next summer.
Ndombele was pictured arriving at the Villa Stuart clinic in Rome, with the midfielder waving to Napoli fans as he departed the medical centre a few hours later.
The Frenchman has struggled to nail down a starting spot in the Spurs side since his £55m switch to north London in 2019.
The 25-year-old was sent out on loan to Lyon in the second half of last season following the arrival of Tottenham manager Antonio Conte, making 11 Ligue 1 appearances for Les Gones.
The midfielder has fallen further down the pecking order at the Tottenham Hotspur Stadium after the summer signing of Brighton midfielder Yves Bissouma.
Alongside fellow outcasts Sergio Reguilon, Harry Winks and Giovani Lo Celso, Ndombele was banished from first-team training by Conte at the start of the summer.
And the Frenchman is now set to join Serie A outfit Napoli in order to rejuvenate his career.
The Partenopei have endured a summer of change, with stalwarts Kalidou Koulibaly, Dries Mertens and Lorenzo Insigne all departing the Diego Armando Maradona Stadium.
The club have lined up the signing of Ndombele as they prepare for midfielder Fabian Ruiz's impending exit to Paris Saint-Germain.
Napoli sporting director Cristiano Giuntoli has a close relationship with Tottenham counterpart Fabio Paratici, with the pair being friends for over 30 years.
Ndombele's medical was closely followed by that of Sassuolo striker Giacomo Raspadori - who is also set to join Napoli in the coming days.