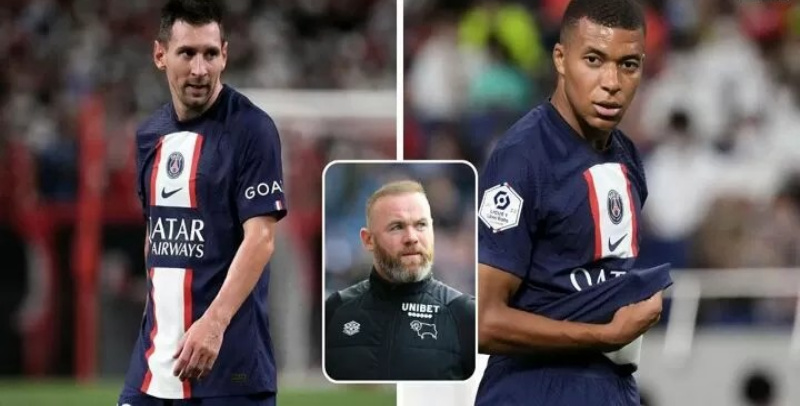 Wayne Rooney has hit out at PSG superstar Kylian Mbappe for his attitude towards Lionel Messi.
The seven-time Ballon d'Or winner appeared unimpressed as Mbappe appeared to needlessly shoulder barge him during their team's 5-2 win over Montpellier last weekend.

Home Workouts for Weight Loss
Exercise Safely in Summer
5 Portraits of Jesus Christ app
Why is North Korea firing so many mis…
Top 10 Tips To Create A Positive Work…
GOAL reported this week that the French international is unhappy that Neymar and Messi have formed a close bond, which has left the 23-year-old with less of a voice in the PSG dressing room.
This has prompted Rooney to hit out at the ego of the World Cup winner, who signed a mega new contract over the summer to stay at the Parc des Princes.
Manchester United's and England's all-time record scorer stated (as per journalist Roy Nemer):
"A 22-23 year old player throwing a shoulder at Messi... I have never seen a bigger ego than this in my life. Someone Remind Mbappe that at 22 years old, Messi had four Ballon d'Ors."
The superstar striker appeared to be extremely unhappy when Neymar took PSG's second penalty of the game after the number seven missed his spot-kick earlier in the clash.


This post first appeared on E360hubs, please read the originial post: here
People also like
Home Workouts for Weight Loss
Exercise Safely in Summer
5 Portraits of Jesus Christ app
Why is North Korea firing so many missiles — and should the West be worried?
Top 10 Tips To Create A Positive Workplace Culture
Arena11 Sports Group breaks regionality and watches football from zero distance!
Weedsday Playlist: Grow Medicine Founder Laura Dawn Shares 5 Songs For Your Next Psychedelic Trip
4 Powerful Benefits of Keeping a Daily Journal
How to be Happy and Positive All of the Time
BAKA NOT NICE RETURNS WITH BOLD NEW TRACK “BODY & A FACE” ON OVO SOUND - @Baka_Not_Nice
Value Proposition Canvas: The Whats, Whys & Hows
Why Do My Parents Hate Me?
K.O – Omega Freestyle Lyrics
Varane names Messi as the toughest opponent he has played against
10 Tips Before Going To The Chicago Air and Water Show 2022