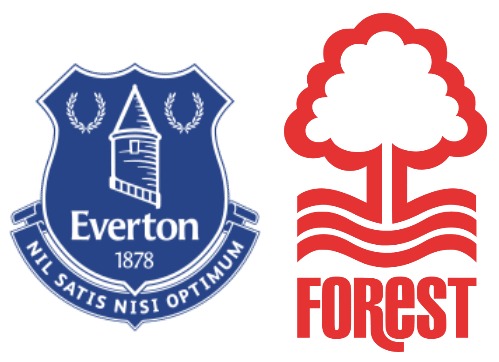 Everton vs Nottingham Forest Preview and Predictions
Everton will be hosting visiting rivals Nottingham Forest at Goodison Park in this Premier League meeting on Saturday.
Everton
DLWLLL 📉
Everton will be hoping to return to winning ways here after a 2-1 Premier League defeat last time out to Aston Villa.
In that game, Everton had 42% possession and 15 attempts at goal with 4 on target. At the other end, Aston Villa had 12 attempts on goal with 4 of them on target. Danny Ings (31'), Emiliano Buendía (86') and Lucas Digne (87' Own goal) scored for Aston Villa.
Fixtures involving Everton have often been lively ones lately with a lot of goalmouth action being a real hallmark. Over their past half dozen games, the sum of 20 goals have been recorded for both teams combined (at an average of 3.33 goals per game) with 7 of those being chalked up by Everton. That aside, it remains to be seen if the trend will persist in this next match.
Nottingham Forest
DWLWLW
Nottingham Forest will come into the match after a 1-0 Premier League win versus West Ham United in their previous outing.
In that match, Nottingham Forest managed 43% possession and 13 shots on goal with 6 of them on target. The only player to score for Nottingham Forest was Taiwo Awoniyi (45'). On the other side, West Ham United got 19 attempts on goal with 5 of them on target.
Steve Cooper's Nottingham Forest have slotted home a total of 6 times in the course of their latest sextet of matches. The overall goals that they have conceded during that same period comes to 6.
Ahead of this clash, Nottingham Forest are without an away win for the past 3 league matches.
🤜🤛 Head to head
Looking over their most recent head-to-head meetings dating back to 17/09/1995 shows us that Everton have won 4 of them & Nottingham Forest 2, with the number of drawn results being 0.
A sum of 14 goals were yielded between them in these games, with 10 for The Toffees and 4 created by The Reds. The average goals per game has been 2.33.
📰 Team News: Everton
Yerry Mina (Ankle Injury), Dominic Calvert-Lewin (Knee Injury) and Ben Godfrey (Fibula Fracture) are not available for Everton manager Frank Lampard.
📰 Team News: Nottingham Forest
Thanks to a mainly full-strength group, there’s just a single fitness issue for the Nottingham Forest boss Steve Cooper to be concerned with. Omar Richards (Fractured Leg) won’t be in action.
🔮 Prediction
Our thinking is that Nottingham Forest have it within them to score a goal against this Everton side, however that realistically won’t be as many as the goals that they could concede.
We are anticipating both teams to score in a 2-1 winning score for Everton at the end of this one. Could easily see this go either way.