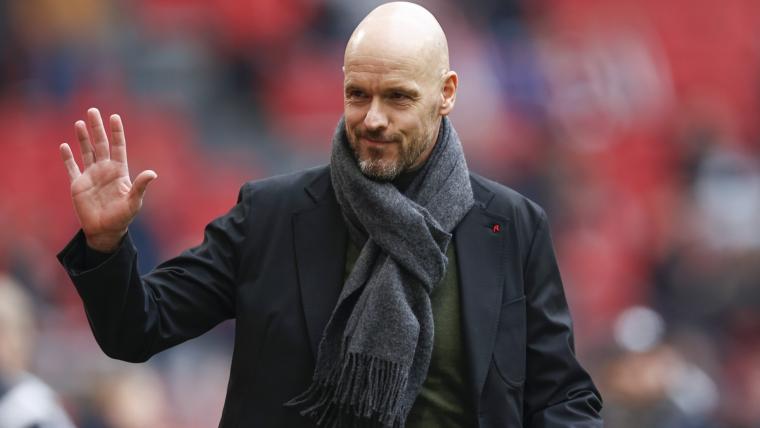 Ten Hag contract length and salary at Man United
New Manchester United manager Erik Ten Hag is the latest person the Red Devils have turned to in an attempt to reverse their form and fortunes.
Since the departure of Sir Alex Ferguson, United have failed to win the Premier League and seen four permanent managers come and go.

MICHELLE MONE IS A THIEF
Hollywood Dentist Providing Red Carpe…
Solar Powered Cane String Lights Chri…
Tenorshare iAnyGo: How to Spoof Pokem…
Ministrul Transporturilor: Anunturile…
Ten Hag replaces Ole Gunnar Solskjaer who lasted just under three years at the helm and failed to win any silverware.
Pressure will be on Ten Hag to turn the tide at Old Trafford and the early signs aren't promising after losing his first two games in charge.
Ten Hag contract length and salary at Man United
After assessing their options, Manchester United formally appointed Ten Hag as their latest manager on April 21, 2022.
The Dutchman was handed a contract running until June 2025 but with an option to extend for a further year.
Ten Hag arrived at Old Trafford after four-and-a-half years in charge of Ajax.
According to The Sun, the 52-year-old is earning £9 million each year (£173,000 a week) as Manchester United manager.
That salary will likely be increased if Ten Hag can achieve success at Old Trafford with the likes of Pep Guardiola and Jurgen Klopp reportedly earning quite a lot more.