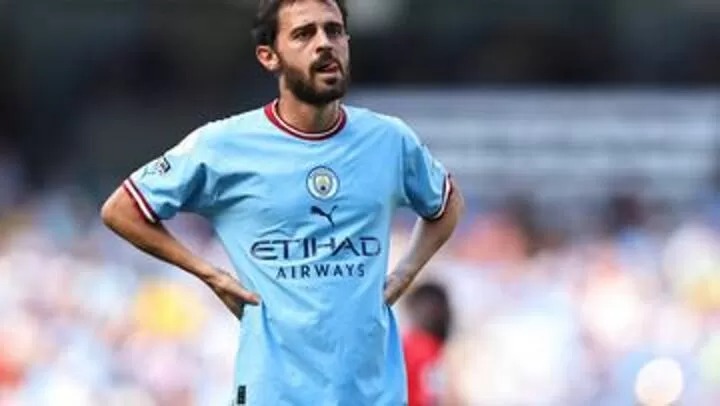 Manchester City are looking for 100 million euro for the player who is anxious to move to Camp Nou but a move will need the Catalans to sell Frenkie de Jong, Dest and Aubameyang.
FC Barcelona believe that they can raise a further 80 million euro (following the 160 raised for the acquisitions of Lewandowski, Koundé and Raphinha), to sign the Portuguese player Bernardo Silva. The two paths open to the Catalan club involve selling Frenkie de Jong to either Manchester United or Chelsea for the same amount to ensure financial compliance with LaLiga. Should the Dutch playmaker fail to make the switch to the Premier League, then the Catalan side would need to sell Aubameyang, Depay and Sergiño Dest.

paris jackson RELEASES NEW SINGLE “ju…
Bolsonaro speeds up payments to the p…
Over 50? Never Do These Exercises, Tr…
Newcastle United 3-3 Man. City: 5 tal…
Barcelona boss Xavi is an admirer of Silva and his manner of playing the game with his creative ability, distribution and ability to find the net.
The Portuguese international has had his eyes fixed on a move to Barcelona for some time and has made this clear to Ferran Soriano, Txiki Begiristain and even Guardiola. Barcelona’s sporting director Mateu Alemany has been in Manchester in the past to discuss a possible signing (and that of Gabriel Jesús, before the Arsenal move) but City at the time remained inflexible and were not keen to negotiate. However, from those conversations the interest for Ferran Torres materialised with the 22-year-old eventually making the switch from Manchester to Barcelona in January (2022).
Guardiola has repeated his modus operandi....he doesn’t want players at the club who are unhappy and his message to Bernardo Silva has been clear. He will let him go if Barça make a bid that corresponds with the value of the player which (according to The Athletic), City have valued at 100 million euro, a figure that currently exceeds Barça’s budget for a new signing.
Silva seemed to making farewell gestures to fans at the end of Saturday’s Premier League game against Bournemouth and this coupled with his Instagram post where the player offers thanks for ‘love and support’ have triggered rumours that the Lisbon born is set for an Etihad exit.
Barça play Manchester City at Camp Nou in a friendly match next week and it this point, it’s impossible to predict if Silva will be sporting the Man City sky blue or the Barcelona ‘azulgrana’ for the game.