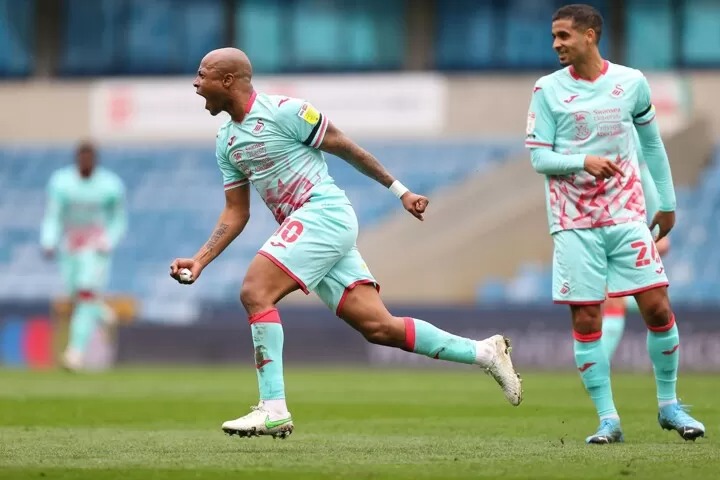 Swansea City vs Millwall prediction, preview, and team news
Swansea City and Millwall go head-to-head at the Liberty Stadium in round four of the EFL Championship on Tuesday.
The Lions will be looking to get one over the hosts, having failed to win any of the last five meetings between the sides since February 2019.

10 Best Hotels In Las Vegas
Tenorshare 4DDiG Review: Is it the Be…
DJ Sliqe, 25K & Maglera Doe Boy – Cha…
GNA Insurance successfully held 2022 …
Biden-Harris Administration Announces…
Swansea City picked up their first win of the 2022-23 EFL Championship campaign when they saw off Blackpool 1-0 away from home on Saturday.
Prior to that, the Swans suffered an early exit from the EFL Cup as they were beaten on penalties by Oxford United after a 2-2 draw in normal time.
Swansea head into Tuesday winless in their last five home games in the Championship, claiming three draws and losing twice since April’s 2-1 victory over Derby County.
Meanwhile, Millwall returned to winning ways last time out when they saw off Coventry City 3-2 on home turf.
Prior to that, the Lions got their new campaign underway with a 2-0 win over Stoke City on July 30 before falling to a 2-0 loss at Sheffield United a week later.
Millwall have failed to taste victory in their last seven away games in the Championship, dating back to March’s 1-0 win over Reading.
Swansea City vs Millwall Head-To-Head
With 23 wins from the last 54 meetings between the sides, Swansea City head into the game with a superior record in the history of this fixture. Millwall have picked up 19 wins in that time, while 12 games have ended all square.
Swansea City Form Guide: W-L-L-D-W
Millwall Form Guide: W-L-L-W-D
Swansea City vs Millwall Team News
Swansea City
The Swans will take to the pitch without the services of Liam Walsh, who is currently recuperating from an achilles tendon rupture.
Injured: Liam Walsh
Suspended: None
Millwall
The Lions head into the game with a clean bill of health and no suspension concerns, giving Gary Rowett the luxury of a full strength squad.
Injured: None
Suspended: None
Swansea City vs Millwall Predicted XI
Swansea City Predicted XI (3-4-3): Andrew Fisher; Ben Cabango, Kyle Naughton, Harry Darling; Joel Latibeaudiere, Matt Grimes, Jay Fulton, Ryan Manning; Matthew Sorinola, Michael Obafemi, Joël Piroe
Millwall Predicted XI (3-5-2): Bartosz Bialkowski; Charlie Cresswell, Jake Cooper, Murray Wallace; Danny McNamara, Billy Mitchell, George Honeyman, Jamie Shackleton, Scott Malone; Mason Bennett, Benik Afobe
Swansea City vs Millwall Prediction
Swansea and Millwall head into the game off the back of ending their run of two consecutive defeats and will look to build on their respective wins. Both sides head into the game in similar form and we predict the spoils will be shared in this one.
Prediction: Swansea City 1-1 Millwall