Tuchel comments under investigation by the FA 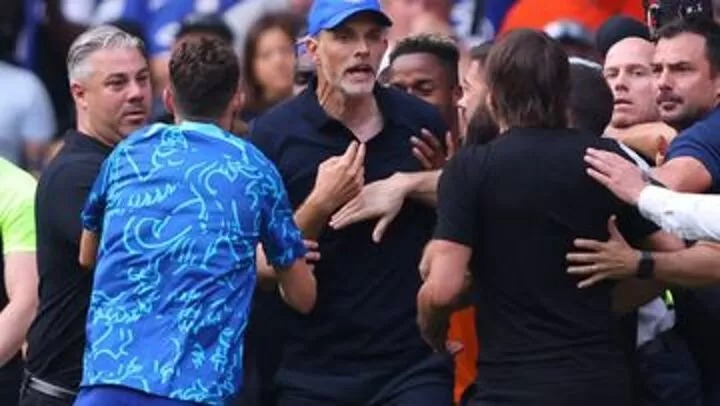 Hollywood Dentist Providing Red Carpe…
SITW Returns to Virginia Beach in 202…
Exit Interview With Fluidra President…
Five Hong Kong teenagers sentenced in…
Daily Taylordle #278 October 6 2022 A…
Tuchel was furious at some of the decisions made by Taylor during the feisty stalemate at Stamford Bridge, a game that saw tensions boil over.
The German suggested Spurs’ first goal should have been disallowed due to the offside Richarlison standing in Chelsea goalkeeper Edouard Mendy’s line of sight, and then he felt aggrieved over the visitors’ second equaliser due to two incidents.
Firstly, he felt Kai Havertz was fouled by Rodrigo Bentancur in the build-up to the corner that Harry Kane ultimately headed home from, and at the same set-piece Cristian Romero avoided being penalised for pulling Marc Cucurella to the ground by his hair.
This was a particular bone of contention for Tuchel, who sarcastically said: “I cannot coach but the referee can whistle the next game? Good.”
Chelsea fans have voiced their displeasure with Taylor before, but Tuchel went even further when asked about the supporters’ concerns, as he suggested “the whole dressing room of us, every person thinks that.”
He was then pushed on whether the players are worried when Taylor is the official in charge, and he added: “Yeah, of course.”
Stats Perform understands the FA is already looking into Tuchel’s comments, meaning disciplinary action could be forthcoming.
The FA’s investigation will focus on whether Tuchel has brought the game into “disrepute” by implying bias or attacking the integrity of a referee.

Tuchel comments under investigation by the FA