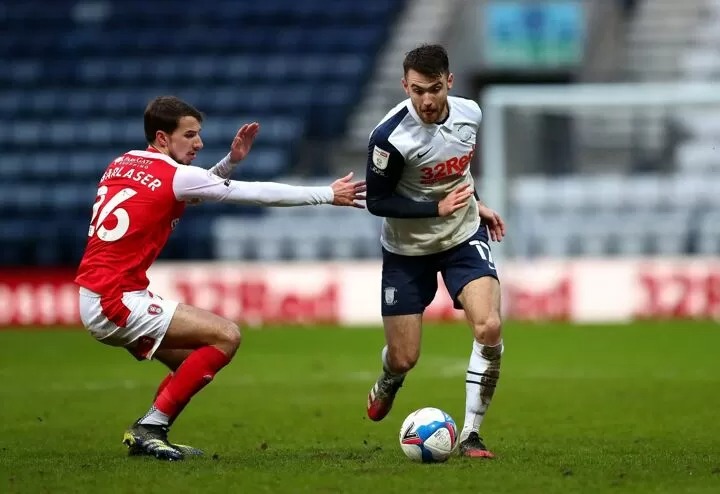 soccer predictions| predictz| world c…
Which are the Top 5 Flutter Payment G…
Muslim American servant NARRATOR
High Paying Jobs ($100,000+ /yr) With…
WHAT IS SOCIAL MURDER?
The Lilywhites have picked up five points from their opening three games so far, keeping a clean sheet in all of them - the only side that's yet to ship in a goal.
Following back-to-back goalless draws, Preston picked up their first league win against Luton Town on Saturday, just days after a 4-1 thumping win over Huddersfield in the EFL Cup.
Rotherham, meanwhile, are also unbeaten - a 1-1 draw with Swansea City on the opening day followed by a 4-0 drubbing of Reading last weekend.
The Millers also reached the second round of the cup following a 2-1 win over Port Vale.
Preston North End vs Rotherham United Head-To-Head
There have been 60 previous clashes between the sides, with Rotherham winning over a third of them (22) and losing to Preston on 16 occasions.
The Millers are also on a three-game winning run in the fixture and haven't lost to Preston in five, a run stretching back to November 2016.
Preston North End Form Guide (all competitions): W-W-D-D
Rotherham United Form Guide (all competitions): W-W-D
Preston North End vs Rotherham United Team News
Preston North End
Bambo Diaby picked up a muscle injury in the pre-season that's kept him sidelined thus far and is likely to miss his fifth game in a row.
Sean Maguire is still recuperating from a knee injury he sustained in April.
Injured: Bambo Diaby, Sean Maguire
Suspended: None
Unavailable: None
Rotherham United
The Millers won't have Joshua Kayode available due to a muscle injury, whereas Tom Eaves is sidelined with an ankle problem.
Chiedozie Ogbene has been on target in all three of their games so far this season and will be looking to continue his hot streak.
Injured: Joshua Kayode, Tom Eaves
Suspended: None
Unavailable: None
Preston North End vs Rotherham United Predicted XI
Preston North End (3-5-2): Freddie Woodman; Andrew Hughes, Liam Lindsay, Jordan Storey; Brad Potts, Ben Whiteman, Alan Browne, Robbie Brady, Ryan Ledson; Troy Parrott, Ali McCann.
Rotherham United (5-3-2): Viktor Johansson; Grant Hall, Richard Wood, Cameron Humphreys, Jamie Lindsay, Shane Ferguson; Wes Harding, Ben Wiles, Daniel Barlaser; Chiedozie Ogbene, Conor Washington.
Preston North End vs Rotherham United Prediction
Preston are the only side yet to concede a goal in the Championship so far this season but Rotherham have demonstrated fearsome attacking intent.
The Millers could be the first side to breach their defense but a draw is still likely.
Prediction: Preston North End 1-1 Rotherham United