Who is Ted Boehly, the American billionaire who bought Chelsea FC? 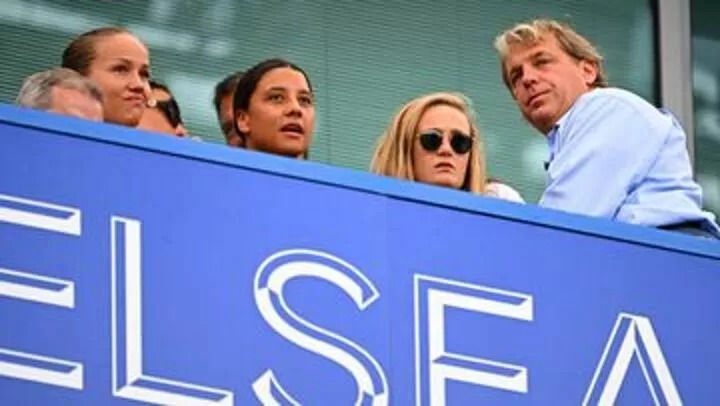 Who is Ted Boehly, the American billionaire who bought Chelsea FC? Profile on Ted Boehly.
The US billionaire is the public face of the consortium that acquired Chelsea last May and was in the director’s box for the match against Spurs at the weekend.

Best 10 Food Delivery Apps to Satisfy…
Think About These Things
Hollywood Dentist Providing Red Carpe…
Flannel Pajamas Sets Winter Home Clot…
Anxiety symptoms in men
There was a new face in the director’s box at Stamford Bridge on Sunday as Chelsea hosted Tottenham in their opening game of the 2022-23 Premier League season. Over the course of almost 20 years, Blue’s fans had become accustomed to seeing the largely impassive figure of Roman Abramovich hunched over in his seat in the VIP area, but on Sunday they witnessed Todd Boehly pumping the air when their side scored, the US tycoon in situ for Chelsea’s eventual 2-2 draw against Spurs.
Boehly, who has stakes in the LA Dodgers, LA Lakers and LA Sparks, also became the chairman and co-owner at Stamford Bridge after a consortium involving Mark Walter, Hansjörg Wyss and Clearlake Capital made a successful bid to buy the club following Abramovich’s decision to step down in the wake of Russia’s invasion of Ukraine.
Boehly and his associates lodged a 4.25 billion pound ($5.2 billion) bid for Chelsea and the deal was approved last May, with ratification from the Premier League, the UK government and the EU duly following. Of that outlay, 1.75 billion pounds was earmarked for investment in the stadium, women’s team, the academy and the Chelsea Foundation.
Since Boehly was installed as chairman and interim sporting director, the club have spent €186 million to add Raheem Sterling, Kalidou Koulibaly, Marc Cucurella, Carney Chukwuemeka and Gabriel Slonina to Thomas Tuchel’s squad and remain in negotiations for Wesley Fofana, Pierre-Emerick Aubameyang and Frenkie de Jong, which if fruitful could take Chelsea’s summer spend to around the €300m-mark.
Boehly’s business career
Boehly, 48, graduated from the London School of Economics, first working for several major US banks, including Citibank, before joining financial services giant Guggenheim Partners in 2001 and later becoming its chairman.
In 2015, the father of three left Guggenheim Partners to create Eldridge Industries, which is active in banking, insurance, real estate, technology, media, sports and restaurants. His portfolio of assets includes the American music magazine Billboard, Bruce Springsteen’s catalog of songs and music rights and Cirque du Soleil.
The Chelsea acquisition was not Boehly’s first investment in professional sports. In 2013, he bought the Los Angeles Dodgers baseball franchise from Frank McCourt, current owner of Olympique de Marseille, along with other investors including Walter and NBA basketball legend Magic Johnson.
Since then, he has acquired a stake in the Los Angeles Lakers basketball team, as well as in the LA Sparks WNBA team.
His personal fortune is estimated by Forbes magazine at 4.5 billion dollars, which ranks him 637th in the world’s wealthiest people in 2022 by the American magazine.
Boehly who was a keen wrestler in his teenage years, also tried to buy Chelsea in 2019 and he currently divides his life between Los Angeles and Connecticut.
Boehly issues statement ahead of Chelsea-Tottenham
Writing in the programme notes ahead of the game against Spurs, Boehly sent a message to Chelsea fans laying out his vision for the club: “There is a simple mantra that guides us every day: we want to win, together, and make you proud. As one of the world’s elite football clubs, Chelsea sits at the pinnacle of the game.
“We want to build on this remarkable history of success by acquiring quality talent across our senior, youth and women’s teams, exploring ways to improve the game-day experience – such as the Bridge and Kingsmeadow – and continuing our service to the community, including the vital work of the Chelsea Foundation.
“Today’s game is an opportunity to welcome our new signings to the Bridge for the time as Chelsea players. There is so much for us to accomplish together.

Who is Ted Boehly, the American billionaire who bought Chelsea FC?