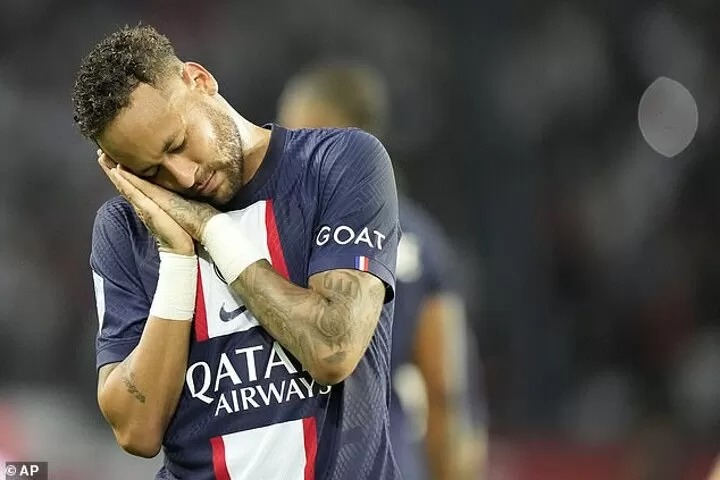 With impossibly deep shooting range, two MVPs and undeniable charisma, Steph Curry has influenced an entire league and scores of adulating fans in their own pickup runs.
Apparently, he's influenced one of the world's greatest soccer players, too.

LED Electronic Candle Light Birthday …
20 Best Pools in Las Vegas
Annual celebration briefly
PUMA ILLUSTRATES THE POWER OF BLACK E…
Yesu Wena UnguMhlobo
Neymar paid a cross-sport homage following his second goal Saturday, celebrating his diving header vs. Montpellier with Curry's signature 'night-night' Celebration.
In the 51st minute, Montpellier were forced into a turnover and Kylian Mbappe deflected a clearance from goalie Jonas Omlin when the ball fell to the feet of Achraf Hakimi.
The Morrocan played it right back to Mbappe before receiving it once again on the wing, playing in a deflected cross for Neymar to head home and follow up with Curry's celebration, putting his hands to his face and closing his eyes.
The goal gave PSG a 3-0 lead in the match, which they would go on to win 5-2.

The tribute comes a month after Barca's Ousmane Dembele did the same in a preseason match vs. Juventus after both of his two goals.
Curry responded to Dembele's celebration at the time, calling the 'night night' trend 'a movement' on Twitter in response to a picture of the Barca winger's pose.
But it's not just Neymar and Dembele who have paid tribute to the NBA's all-time leading three-point shooter.
WNBA star Sabrina Ionescu hit the 'night night' in June, and USWNT striker Alex Morgan followed suit in July after winning the CONCACAF W championship.
The celebration has even trickled into baseball, as Brewers outfielder Andrew McCutchen did it in June after a home run.
Curry had plenty of opportunities to do it this past postseason, as the Warriors won their fourth title in seven years and Curry was named Finals MVP for the first time.