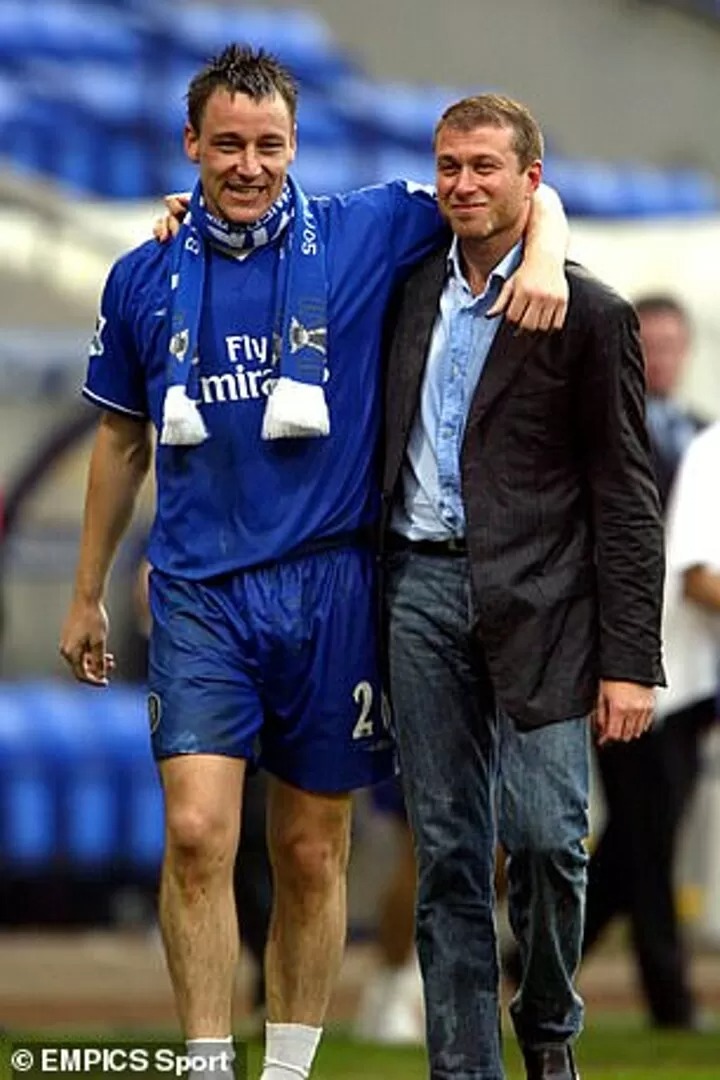 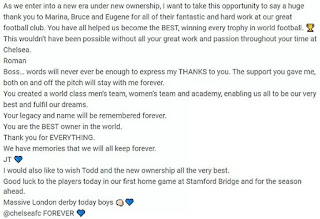 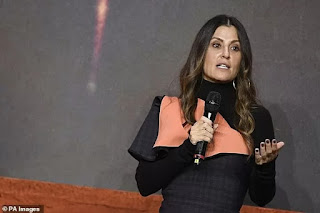 'As we enter into a new era under new ownership, I want to take this opportunity to say a huge thank you to Marina, Bruce and Eugene for all of their fantastic and hard work at our great football club.
'You have all helped us become the BEST, winning every trophy in world football.
'This wouldn’t have been possible without all your great work and passion throughout your time at Chelsea,' he added.
The Russian bought the club in 2003 and endured 19 years of immense success as he watched his superstar-laden squads conquer England and Europe, winning 21 trophies as owner.
Abramovich sold the club in May after his assets were frozen by the UK government in retaliation to Russia's ongoing invasion of Ukraine.
Terry went on to heap further praise on the 55-year-old in his post, labelling him simply as 'boss' and 'best owner in the world'.
'Roman. Boss… words will never ever be enough to express my THANKS to you. The support you gave me, both on and off the pitch will stay with me forever.
'You created a world class men’s team, women’s team and academy, enabling us all to be our very best and fulfil our dreams.
'Your legacy and name will be remembered forever. You are the BEST owner in the world.
'Thank you for EVERYTHING.We have memories that we will all keep forever,' said Terry.
The ex-England captain now works at his former club as a part-time coaching consultant, and wanted to finish his tribute to the club's previous owners by wishing new owner Todd Boehly the best for the future.
Former Chelsea Premier League winning manager Antonio Conte returns to Stamford Bridge with his Tottenham side on Sunday afternoon.
'I would also like to wish Todd and the new ownership all the very best,' wrote Terry.
'Good luck to the players today in our first home game at Stamford Bridge and for the season ahead.
'Massive London derby today boys'.