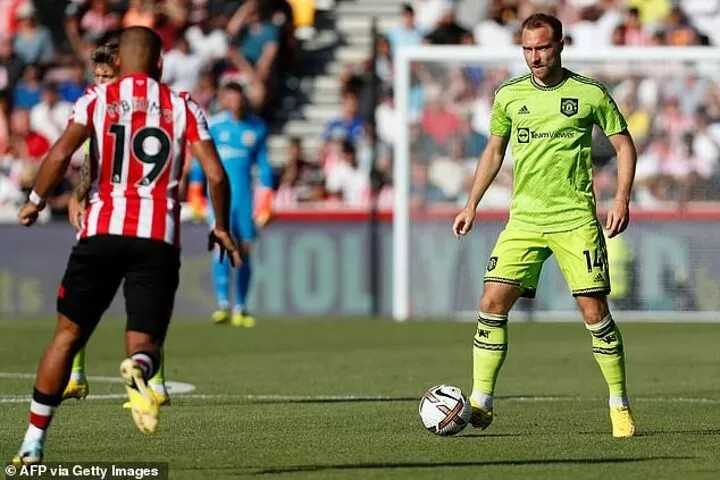 Christian Eriksen was booed by Brentford fans during Manchester United's trip to west London, after leaving the Bees this summer.
The Dane became United's second new arrival under manager Erik Ten Hag after signing a three-year deal at Old Trafford - having chosen not to renew his deal at the Brentford Community Stadium.

Hollywood Dentist Providing Red Carpe…
Solar Powered Cane String Lights Chri…
Tenorshare iAnyGo: How to Spoof Pokem…
YOU’RE A LONG TIME DEAD
Exit Interview With Fluidra President…
And the home fans at their Premier League clash made sure their feelings were known by the midfielder - as they proceeded to boo him throughout.
Eriksen spent the 2021-22 season with the London based side in his return to Premier League football, after he suffered a cardiac arrest on the pitch during Euro 2020.
The 30-year-old recorded four assists and one goal in the top flight and proved to be one of their most vital assets, as he helped ensure Thomas Frank's side remained in the league.
However, despite a successful time at Brentford, Eriksen opted for a summer switch to Old Trafford as part of Erik ten Hag's new era in charge of the club.
At points during the first-half, the home fans could be heard singing: 'Christian, what's the score?', as Brentford raced to a 4-0 advantage early into the match.
The Dane was helpless to stop Josh Dasilva, Mathias Jensen, Ben Mee and Bryan Mbuemo from stunning the Red Devils in the first-half.
It followed from their poor performance on the opening day as Erik ten Hag's side lost 2-1 at home to Brighton.