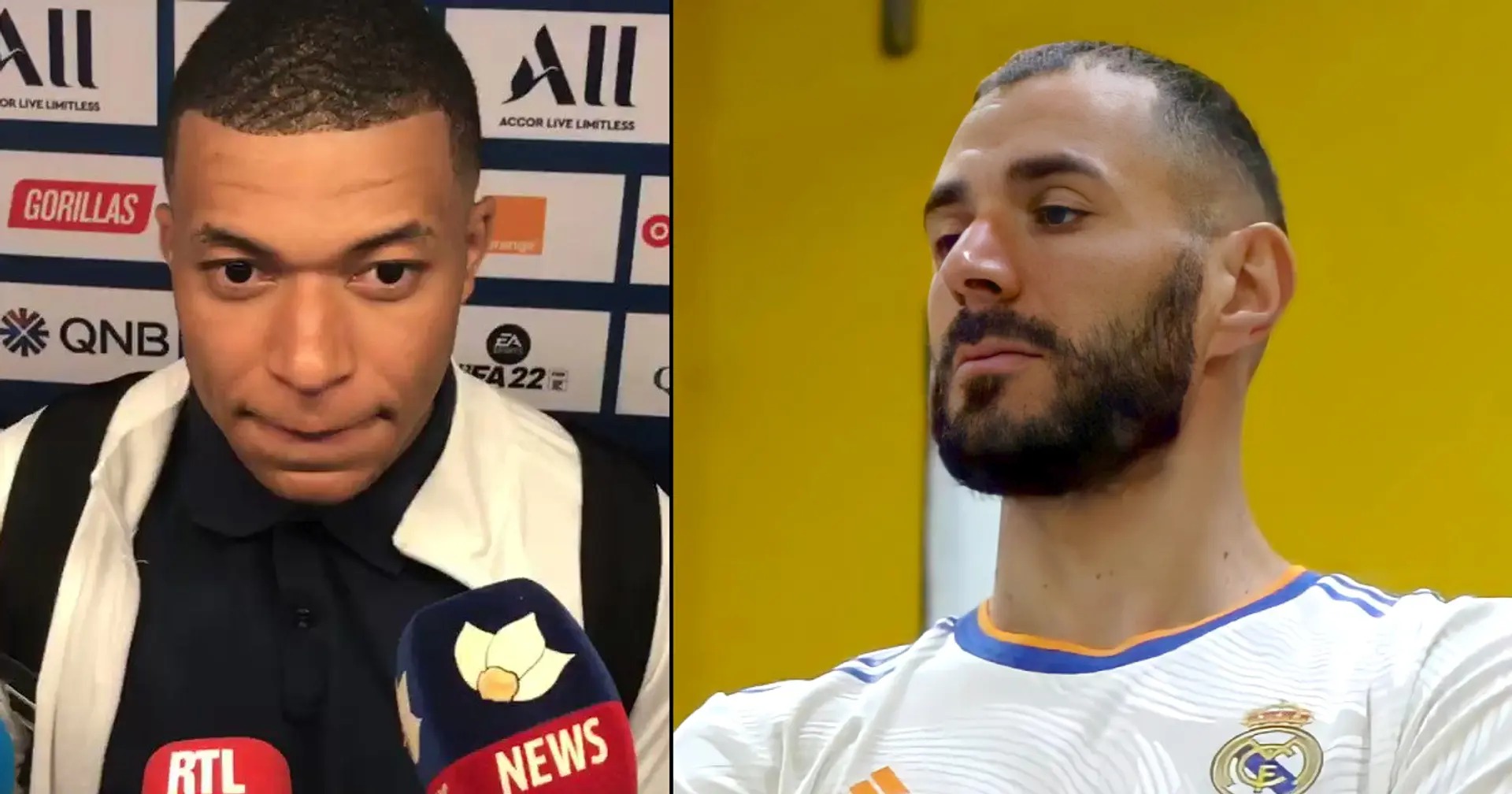 "My top three? I would say Benzema, myself, and Mané," Kylian Mbappe told France Football, when asked to name who he would vote for in this year's Ballon d'Or.
"I would say that this year is a success for Benzema. He’s 34 years old, has just had the season of his life, has won another Champions League and is often decisive…