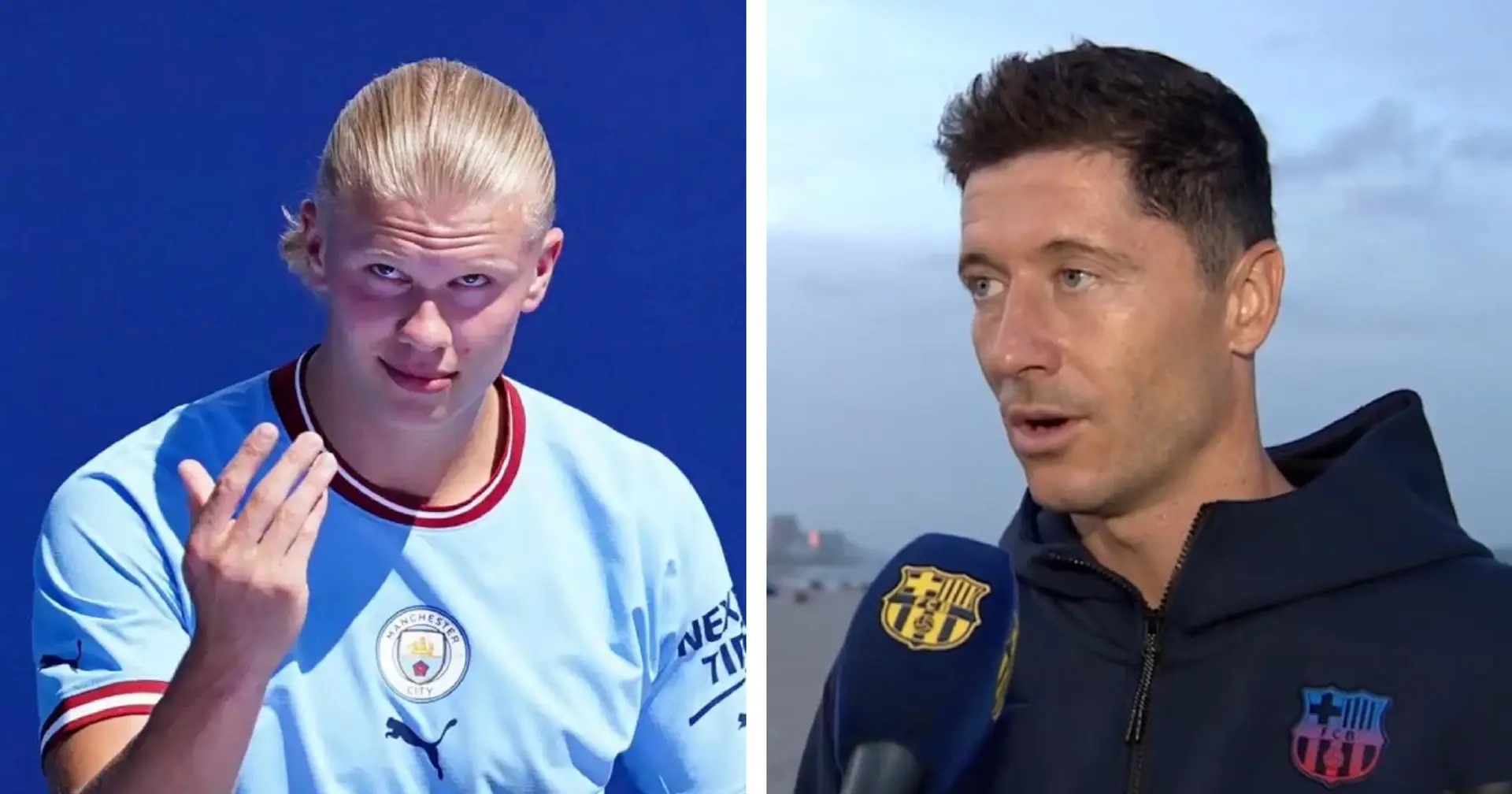 Speaking to ESPN FC about leaving Bayern Munich this summer, Robert Lewandowski said: "No, that was nothing to do with Erling Haaland. I am the guy who — even if something is not good for me — truth is more important. I don't want to speak about what happened exactly.

paris jackson RELEASES NEW SINGLE “ju…
Crosswords with Friends October 8 202…
It Took a Century for This Black Nava…
The Russia-Ukraine Conflict’s Impact …
Cannabis Dispensaries For Community B…
"If the question is if the decision to move was because of him, no, I didn't see the problem if he joined Bayern. But some kind of people doesn't say to me the truth, say something different. And for me it was always important to be clear, to stay true, and maybe for a few people that was the problem.
"And in the end I know that something doesn't work well with my person as well and I knew that, OK, I see and I feel that maybe it's a good time to move out of Bayern and join Barcelona. I had a very good relationship with my teammates, with the staff, with the coach.
"These are all things I'm going to miss because I spent a beautiful time there. And we were not only friends from the pitch but also something more. But in the end this chapter is over and I open a new chapter in my life and a new chapter in my career. So I feel that I'm in the right position, right place.
"Everything that's happened in the last few weeks before I left Bayern, that was a lot of politics. The club tried to find an argument why they can sell me to another club because before it was difficult to explain to the fans. And I had to accept that even though it was a lot of bulls**t said about me."
With Lewandowski failing to agree a new contract with Bayern, the Bundesliga giants started to look for potential replacements for the striker last season.
Borussia Dortmund's Haaland was linked with a move to the Allianz Arena before joining Manchester City. Lewandowski, meanwhile, left for Barcelona.
Source: ESPN FC


This post first appeared on E360hubs, please read the originial post: here
People also like
paris jackson RELEASES NEW SINGLE “just you” OUT NOW - @ParisJackson
Crosswords with Friends October 8 2022 Answers
It Took a Century for This Black Naval Civil War Veteran to Get His Headstone
The Russia-Ukraine Conflict’s Impact on Europe’s Economy and Living Costs, and the US role
Cannabis Dispensaries For Community Benefit: A Veteran's Extraordinary Tale
Tony Stark Beard Styles: How to Grow, Trim & Shape
Things to Do in Deschutes River Woods, Oregon
15 Harry Potter Gift Ideas
Real Madrid ready to go after Joshua Kimmich on one condition
Afro Brotherz – Appreciation Mixtape
The Best Parent‘s Night Off Spots in Chicago