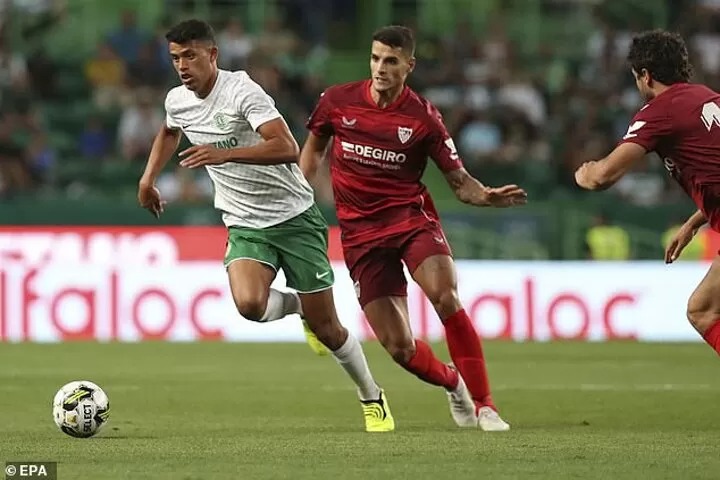 West Ham United have submitted an audacious bid in the region of £25million for Sporting Lisbon midfielder Matheus Nunes.
However, the Portuguese club are reportedly demanding a minimum of £42million for the talented 23-year-old, as reported by Record.

Flannel Pajamas Sets Winter Home Clot…
That price would make Nunes - who is also a target for Wolves - West Ham's second biggest transfer fee after they paid £45million for Sebastien Haller in 2018.
Nunes does have a £51million release clause in his contract but no club currently looks likely of meeting that valuation for the player.
Chelsea have also registered their interest but are yet to submit a bid, while fellow Premier League outfit Wolves are also interested in acquiring Nunes' signature, however the Brazilian doesn't favour a move to join the Midlands club.
Liverpool were previously keeping tabs on the playmaker but pulled out of a move despite the club's current injury crisis in midfield.
Nunes impressed in last season's Champions League and shone so bright that Manchester City boss Pep Guardiola even singled him out for praise.
The Manchester City manager said: 'I would say that Matheus Nunes is one of the best players in the world today.'
Lisbon view their player as a traditional No 8-style box-to-box player, an area that West Ham have lacked creativity in with Declan Rice viewed as the type of player that would allow Nunes to thrive in attacking areas.
Sporting have often leaned towards a 3-4-3 or 4-2-3-1 with Nunes at times being deployed on the left side of the central two.
Nunes has also caught the attention through his exquisite range of passing - offering long-range balls across the pitch as well as close and connected passes.
Interestingly, Nunes is a client of Jorge Mendes' Gestifute agency and it was Mendes who met with Boehly recently with the topic of a move for Cristiano Ronaldo on the agenda.